For The Today Show with Carson Daly

The full Madonna interview with Complex’ Sean Evans has been posted on their official YouTube page.
Check it out…

Update #25: Madonna to perform at the 2015 iHeartRadio Music Awards

Madonna will be performing at the 2015 iHeartRadio Music Awards hosted by Jamie Foxx, live from the Shrine Auditorium in Los Angeles Sunday, March 29th on NBC.

The 2015 iHeartRadio Music Awards air live Sunday, March 29th at 8pm ET/PT on NBC, and will be broadcast simultaneously on iHeartMedia stations nationwide and across the iHeartRadio digital music platform.

BREAKING NEWS: This Wednesday the show moves to 1p EST for a special live show with @Madonna! #MadonnaOnHoward 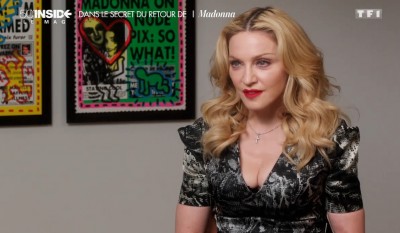 Madonna has been recording new promo interviews for her latest album Rebel Heart at Sotheby’s in New York.

For CBS with Sharon Johnson

Just had a sit-down intv w #Madonna abt her new album #RebelHeart Man..she made me WORK for it the first minute. I thought…I’m going down in flames RIGHT NOW and then CLICK..it all turned out just fine. #NearDeathExperience She’s really a sweetheart.

Like we’ve previously announced, the Today Show will be broadcasting an earlier recorded interview with Madonna on March 9th and March 10th.

Universal Music Germany published a new Rebel Heart interview with Madonna.
An interesting statement she made…

I’m flattered that people do things like I did it. It’s just amazing that they don’t get the shit that I got, but I guess that’s how it works.

Check it out HERE 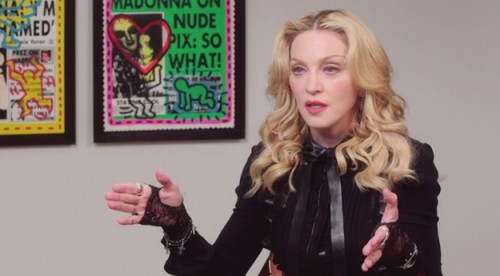