The Today show will broadcast a new Madonna interview on March 9th and 10th!
Madonna is scheduled to appear and perform on The Ellen DeGeneres Show in the US for the entire week of March 16th. 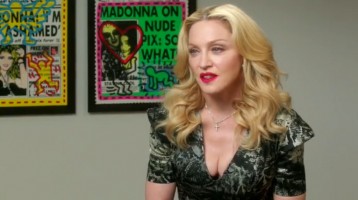 Update #17: New Madonna tour to be announced on March 2nd

Get ready, because Madonna will be announcing the new tour on Monday March 2nd!

Want to meet Madonna backstage at “Le Grand Journal” and attend the taping, then hurry up and participate! 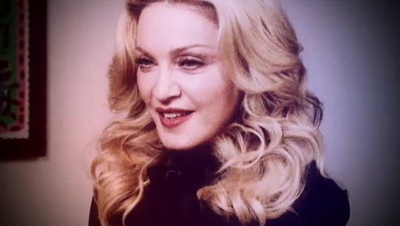 Madonna will be a guest on Italian TV talk show Che Tempo Che Fa on Sunday 8 March at 20h10.

French radio station Europe1 will be broadcasting a new interview with Madonna on Friday February 27th.
Talking points are the new album “Rebel Heart”, the recent terrorist attacks in Paris and the upcoming tour.
According to the article, Madonna will be performing twice in France in the fall and it will probably be at the Bercy arena in Paris! 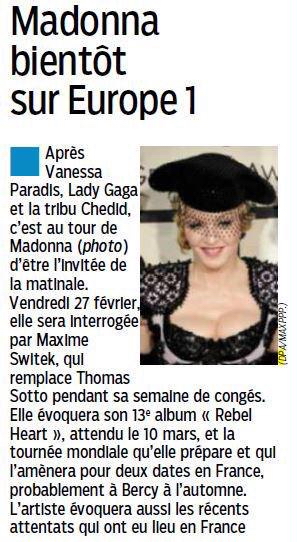 Update #11: Madonna to appear on the Jonathan Ross show

According to the Express, Madonna will appear on The Jonathan Ross Show in the UK for the promotion of “Rebel Heart”.

In a few weeks we’ve got Madonna on.
She’ll probably try to get me back to her bedroom afterwards as she always does.