Also want to be part of the club? You can order them HERE! 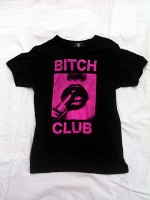 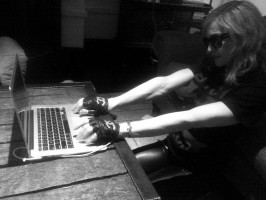 Girl Gone Wild on the radio
Radio station 107.1 in Denver has finally added Girl Gone Wild to their play list.
Fans can go to www.hot1071denver.com/request to request that or any other Madonna single to help her stats.
Thanks John S.

MDNA on vinyl
The vinyl edition of MDNA is in stores. Order your copy of it now!
Order here: Amazon US, Amazon UK, Amazon DE, Amazon FR, Amazon IT 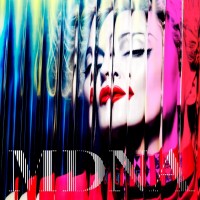 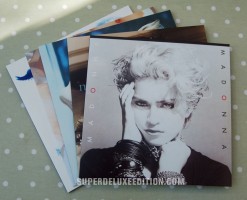 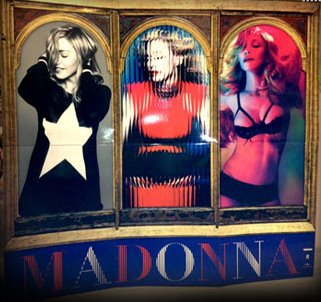 Madonna “She’s Going Straight to Hell” birthday cake
During Madonna’s second Twitter session, she talked about a surprise party she had the day before and also posted a video of the event… 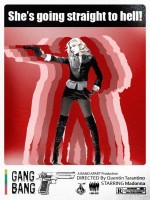 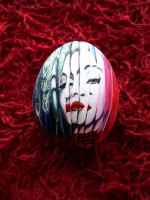 Truth or Dare VIP Party with Madonna at Macy’s
Macy’s Herald Square in New York City is having a private gathering with Madonna as she introduces her new fragrance, Truth or Dare on Thursday, April 12 at 8 PM.
All the details HERE! 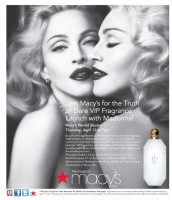 A Russian Orthodox Church theologian has called on the government to deny a visa to Madonna
After Madonna pledged her support to the gay community following March 7 passage of a law in St. Petersburg that bans promotion of gay culture and pedophelia among minors, Archdeacon Andrei Kurayev, a professor at the Moscow Theological Academy, urged the St. Petersburg authorities to ask the Foreign Ministry to deny a visa for Madonna.
Read the rest of the article…

Gang Bang by Lucio Palmiero
Lucio Palmiero created a storyboard for his own version of Gang Bang directed by Quentin Tarentino. Here it is…

Nicki Minaj: Madonna Has Re-invented Pop Culture
Nicki Minaj has spoken out about Madonna and says that the singer is huge inspiration for her.
Read the rest of the article…

Katy Perry: Madonna is everything to me
Much like her pop-star peers, Katy Perry cites Madonna as a big influence, especially on her “Part of Me” 3-D concert movie, which hits theaters July 5, which was partially inspired by the Madonna’s 1991 film “Truth or Dare.”
Read the rest of the article…

Give Me All Your Luvin’ (Bangkok Version)
Fans from Bangkok created this great “Give me all your Luvin'” parody and also added their own version of “Girl Gone Wild” at the end!