When Madonna revealed the release date for her Rebel Heart Tour DVD last month, fans were not happy with the cover.

Today, Universal Music revealed the new Rebel Heart Tour DVD artwork.
Check it out and let us know what you think! 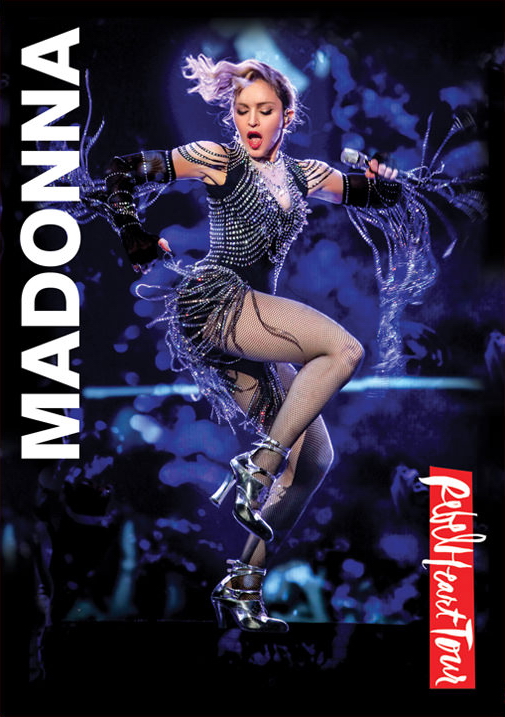 Madonna has announced that her record-breaking MADONNA: REBEL HEART TOUR will be released by Eagle Vision on September 15 on digital download, DVD and Blu-ray complete with bonus content, and an audio CD of highlights from her much-heralded tour.

The Material Girl will also release a live album featuring 22 songs from the Rebel Heart Tour, available on double CD and digital download.

The MADONNA: REBEL HEART TOUR film was recorded around the world and features both live and behind the scenes material, as well as previously unreleased footage culminating with performances at the Qudos Bank Arena in Sydney, Australia in March of 2016. MADONNA: REBEL HEART TOUR is co-directed by Danny Tull and Nathan Rissman, both of whom have worked extensively with Madonna on her feature films and tour movies. A version of the film previously debuted on Showtime in December 2016.

The tracklist for MADONNA: REBEL HEART TOUR film and live concert album span all decades of the iconic superstar’s illustrious career, including songs from her chart-topping Rebel Heart album to classic fan favorites. Of particular note to longtime fans will be the new interpretations of some of Madonna’s timeless hits.

Produced by Live Nation Global Touring, the Rebel Heart Tour kicked off on September 9, 2015 in Montreal and visited arenas in 55 cities on four continents over seven months. Madonna performed 82 shows, plus the special “Tears Of A Clown” fan club show in Melbourne. The tour grossed $169.8 Million with 1,045,479 in attendance, making her the top grossing touring female artist in the history of Billboard Boxscore with over $1.31 billion in ticket sales sold over the course of her career. Madonna is also the fourth top grossing touring act since tracking began in 1990.