Yesterday, Madonna visited Île à Vache, a small island lying off the south-west peninsula of Haiti, where the government has placed much of its hopes for future tourism development.

She was accompanied by her ex-husband Sean Penn, who said in a brief phone call to The Associated Press that he had invited Madonna, with whom he has “maintained a great friendship over the years,” to visit several times and that she had come with her son Rocco. He said they arrived a “couple of days” ago, and he wasn’t sure when she would leave.

She’s here, she’s seeing, she’s made the effort to come here, and I’m thrilled by that.
She has a unique platform, and wherever she chooses to bring that to, it’s very well.

Penn has served as an ambassador-at-large for Haiti since early 2012. He received the recognition for his work as head of a humanitarian group he co-founded in the aftermath of the earthquake, the J/P Haitian Relief Organization. The group has focused on housing and relocating thousands of people from a golf course that was among hundreds of impromptu settlements that sprang up after the quake. 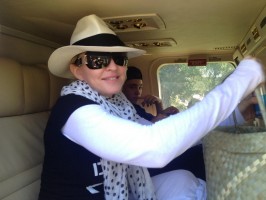 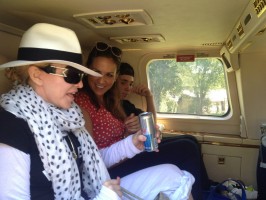 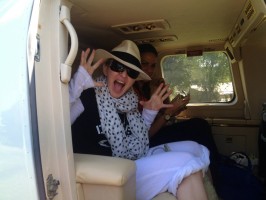 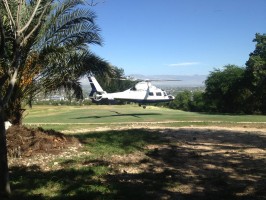 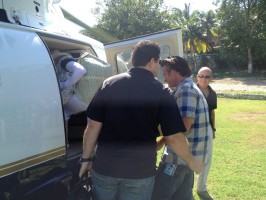