Madonna was honoured with the Advocate for Change award at the GLAAD Awards in New York.
She gave a heartfelt speech and was introduced by Anderson Cooper and Rosie O’Donnell.

Some excerpts of her speech…

The first gay man I ever met was named Christopher Flynn. He was my ballet teacher in high school and he was the first person that believed in me. That made me feel special as a dancer, as an artist and as a human being. I know this sounds trivial and superficial but he was the first man to tell me that I was beautiful.
He took me to my first gay club in downtown Detroit. I told my dad I was having a sleepover at a girlfriend’s house — that got me grounded for the rest of the summer.

After I lost my best friend and roommate Martin Burgoyne and then Keith Haring, happy birthday Keith, I decided to take up the bull horn and really fight back.

Check out the full speech… 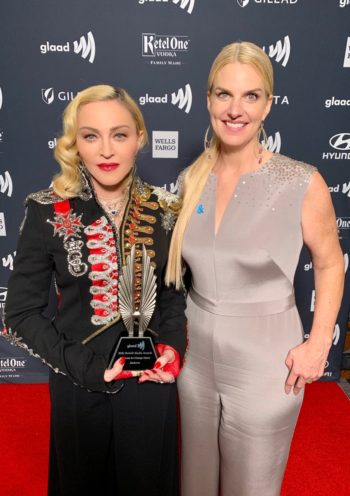 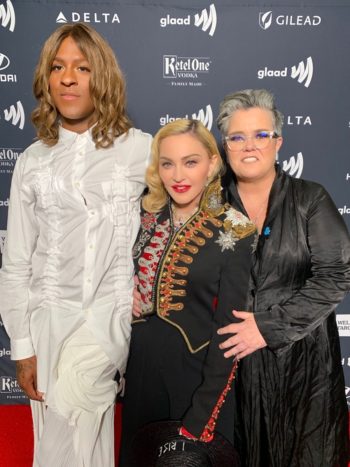 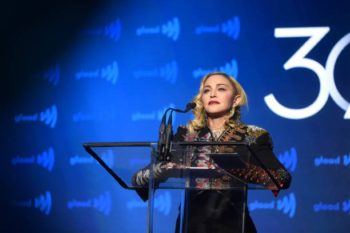 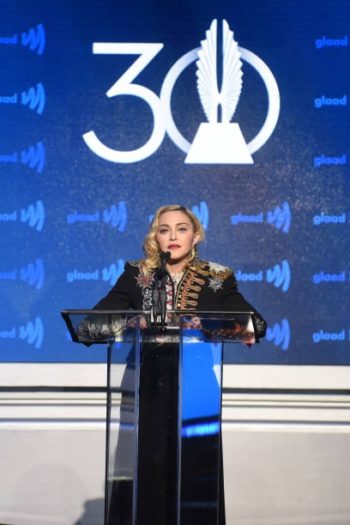