This Record Store Day 12″ vinyl record was originally released as an EP in Japan in 1984.
Limited to 4500 copies, the RSD edition is pressed on 140 gram pink vinyl and is remixed by John “Jellybean” Benitez, and replicates the original artwork, including the Japanese Obi strip along the side of the album.

Shop MDNA Skin Products Online
While Madonna introduced the full MDNA Skin range to the Japanese press last month, we are happy to announce that all of the products are now available for online ordering!

To discover them, just visit http://mdnaskin.com and click the « eSTORE » link featured at the top right to access the online shop. Please note that the store is not available in English yet, but you can still purchase products now by selecting them, scroll down the page of a particular product’s description and click the « purchase this product » button, which will take you to the shopping cart.

A full English version of the site is to be launched very soon.

Madonna is already carrying Gucci’s next it bag
The first A-lister seen sporting the new Gucci bag was none other than Madonna, spotted in New York.

Fresh from the Fall 2016 runway, the XL leather tote bag features an artistic touch, courtesy of musician and snowboarder Trevor Andrew (also known as GucciGhost), who has since gone on to work for the brand’s creative director, Alessandro Michele. 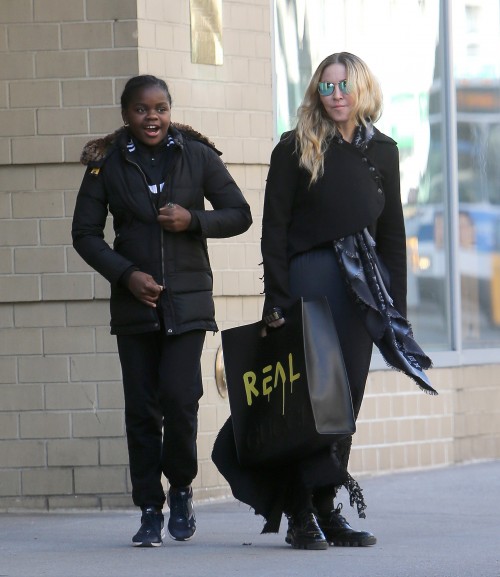 Madonna supports her sister
Madonna was spotted at the “The Need for my Care” exhibition at the Waterfall Mansion in New York to support her sister Melanie Ciconne. 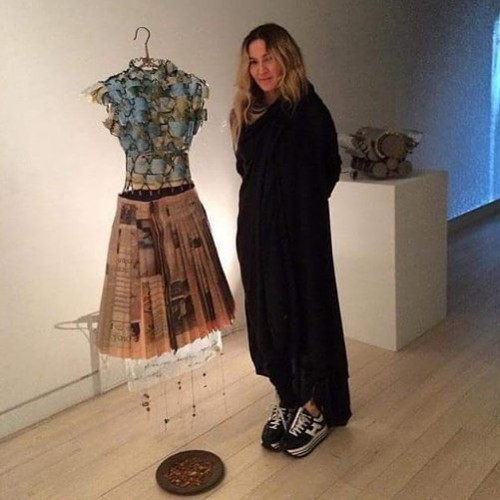 Ronaldo Designer Jewelry for Madonna
Musical celebs who perform at the KFC Yum! Center really get the red carpet treatment.
Many of the top artists who make a stop at the venue receive a gift of a customized, locally handcrafted piece of Ronaldo Designer Jewelry.
The KFC Yum! Center presented Blake Shelton, Madonna and Carrie Underwood with custom bracelets prior to their individual concerts. 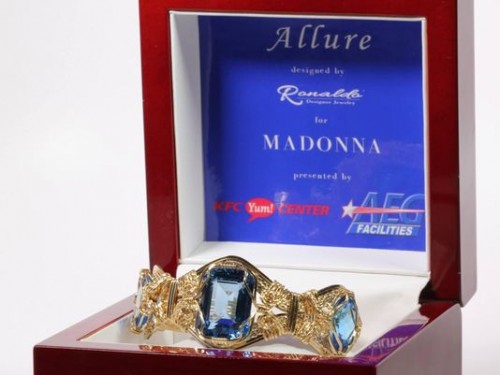 Madonna sues co-op for banning her family when she’s not home
According to Page Six, Madonna is suing one of her homes, an New York Upper West Side co-op, for trying to enforce a rule that she has to be physically present in the $7.3 million pad when any member of her family or staff are there.

Madonna’s suit against Harperley Hall on West 64th Street and Central Park West says the board illegally changed her original proprietary lease in April 2014 to say that her children and domestic help cannot live in the unit unless she herself is “in residence” at the time.

Plaintiff is a world-renowned recording artist, performer and singer who is constantly on world tours.
As such, plaintiff owns many residences around the world and travels extensively worldwide.

The new lease also bars anyone under the age of 16 from living in the apartment unless an adult over the age of 21 is present. Madonna has four children — teenagers Rocco and Loudres and David Banda, 10 and Mercy James, 9.

An attorney for the building could not immediately be reached for comment.