I just ask my daughter to make wise decisions and to do things in moderation and to try not to mix her alcohol. I am not going to say ‘no, don’t do it’ because that is just absurd. And it is not fair. Yeah, I did it.

Now dad-of-three Peter Andre, gobsmacked by Madonna’s attitude, has taken to his New! magazine column to slam her over her parenting tactics.

Madonna has admitted that she’d let her kids – Lourdes, Rocco, David, and Mercy – try drugs ‘in moderation’. That has got to be the most stupid thing a parent could ever say.
Every parent should discourage their children from touching drugs.
And what makes it even more ridiculous is that Madonna reportedly banned her kids from watching TV because it isn’t good for them.
It’s Mad(onna)ness.

Vote for your favourite Madonna track!
To celebrate the release of Madonna’s 13th studio album Rebel Heart, OfficialCharts.com is hosting a Madonna week and will be inducting their readers’ ultimate Madonna track into our Official Charts Pop Gem Hall Of Fame. Every track that has ever entered the Official Singles Chart Top 100 is eligible.
You can vote for yours HERE!

It’s such a tough one. But if Madonna walked in to the room I’d happily partner her. That would be the dream!

Kim Kardashian inspired by Madonna for her new hair colour
Kim Kardashian has dyed her hair platinum blonde. Amid speculation about the switch, Kardashian’s revealed that her toe-headed premiere at Fashion Week was inspired by none other than Madonna. She told People…

I’ve always had this image of Madonna with platinum hair in my references folder on my computer and I’ve been waiting a long time to try the look. I thought what better time than right now for Paris Fashion Week. 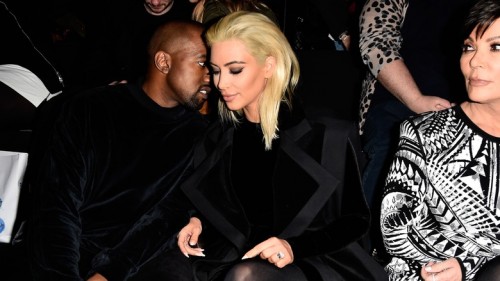 Xavier Dolan: I just want to express myself… like Madonna
French-Canadian actor and filmmaker, Xavier Dolan is known for his confessional films and outrageous soundbites. The Guardian asked him whas has motivated him to work so relentlessly, when a lot of twentysomethings just want to have fun…

Don’t worry, I still have a good time. It’s not like all I’ve done is work, or I’ve ever really thought about my career, or how much I have to grasp this or that opportunity. I just want to express myself – like Madonna.