It’s a Friday night in the dead of winter, sitting in a windowless office in an anonymous skyscraper in Midtown Manhattan, Out Magazine was one of the few invited to interview Madonna.

The drab space has been enhanced at Madonna’s request with a few cultural cues: Jean-Luc Godard’s Breathless streams in an adjoining room, while Carl Dreyer’s 1928 masterpiece, The Passion of Joan of Arc, streams in this one. 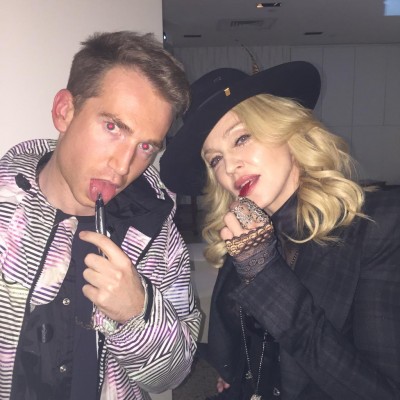 When Out Magazine’s Christopher Glazek assumed Joan of Arc was gay, Madonna replied…

Why was she gay? Come on!

OK, she dressed like a boy and she cut off her hair. That’s what the church tried to say. Also that the dauphin who supported her, that he was gay

According to historians, the dauphin is the one who supplied her with the army, the cavalry, whatever, to take on England. Did they thank her for that? Of course not. They went, ‘Wait a minute, how could a girl do that? There must be something wrong with her.’

I can relate. Sometimes I’m getting burned at the stake metaphorically. Though not right this second.

So Madonna’s point about Joan: A strong woman, a mighty woman, a woman with a rebel’s heart should not have her heroism explained away by lesbianism or anything else. To assume that a strong woman must be gay is to assume that a straight woman can’t be strong. But the lesson isn’t over — there is more, and so Madonna continues…

I said to one of my friends who knows a lot about history and film, ‘Well, wait a minute. Why didn’t the dauphin stand up for her? He was royalty. He had a voice. He was somebody important. If he had the power to give her troops, why didn’t he have the power to protect her?’ And he said, ‘Because he was gay and nobody respected him.’ 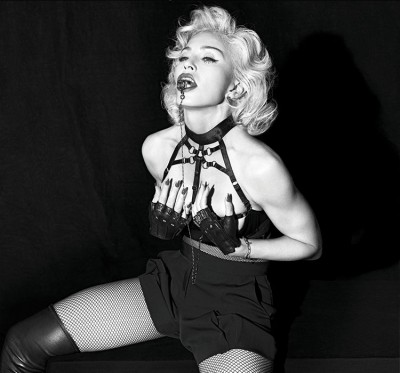 Madonna has been intimately connected to a wide community of gay men for decades, as an artistic collaborator, as a political ally, as an employer, as a friend, and as a sister. She was an early and vocal warrior in the fight against AIDS, and her commitment to AIDS activism struck many as too fervent for anyone without a personal stake in the matter. Consequently, she became gay by association, believed by a great many people — reportedly including her former husband Sean Penn — to be HIV-positive herself, despite her regular denials. “If this is what I have to deal with for my involvement in fighting this epidemic,” she said at a fundraiser for AIDS research in Los Angeles in 1991, “then so be it.”

[It was the first time I] was conscious of understanding that there was such a thing as gay. It wasn’t called that then. I just came to understand that he was attracted to men.
He would bring me to museums. He also brought me to the first gay disco in Detroit, Menjo’s.

Witnessing Flynn also helped Madonna appreciate that there was something different about her younger brother, Christopher…

It wasn’t something I could articulate; it was just something instinctual that I noticed. My brother always had a lot of girls around him that seemed like they were madly in love with him, but he didn’t seem like he was madly in love with them. And then I saw him interacting with my ballet teacher, and in my mind I unconsciously went, Oh, I get it. I didn’t ask my brother if he was gay. I didn’t even know there was a phrase ‘gay.’ I just understood that they were different. There was some silent, unspoken understanding that they had a connection.

After dropping out of the University of Michigan and moving to New York City to dance with Alvin Ailey, Madonna Louise Ciccone would be surrounded by gay men, eventually including art-world figures such as the painter Keith Haring. Her immersion in the New York gay community became so complete that she began to wish that she were gay…

I felt kind of left out. I didn’t feel like straight men understood me. They just wanted to have sex with me. Gay men understood me, and I felt comfortable around them. There was only that one problem, which is that they didn’t want to have sex with me! So… conundrum! I was like, ‘How am I ever going to get a date? Maybe if I cut my hair and I lose a lot of weight, someone will mistake me for a guy and ask me out.’ 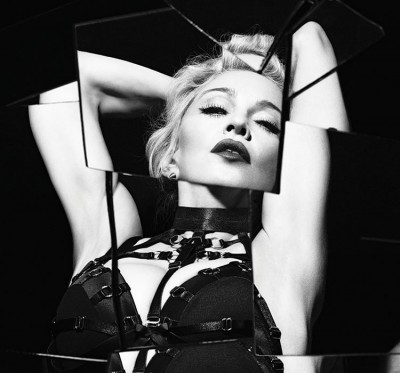 In January, Pitchfork published an interview with the singer Björk in which the avant-star expressed frustration with journalists for misreporting that her new album, Vulnicura, had been produced by 24-year-old musician Arca, a.k.a. Alejandro Ghersi, when in fact Björk herself had co-produced every track. “I’ve done music for, what, 30 years?” Björk vented to the music site. “I’ve been in the studio since I was 11; Alejandro had never done an album when I worked with him.”

When Out quotes Björk’s words to Madonna, she sympathizes…

One week later, during a follow-up conversation after their late-night rendezvous, Madonna declares…

Gay rights are way more advanced than women’s rights. People are a lot more open-minded to the gay community than they are to women, period.

It’s moved along for the gay community, for the African-American community, but women are still just trading on their ass. To me, the last great frontier is women.

Women are still the most marginalized group. They’re still the group that people won’t let change.
[To be a successful woman] you must fit into this box: You must behave this way, dress this way.

You’re still categorized — you’re still either a virgin or a whore. If you’re a certain age, you’re not allowed to express your sexuality, be single, or date younger men.

With Rebel Heart, Madonna enters a new period, and the Madonna era enters its fourth decade. Over the years, we’ve seen many “new Madonnas” come and go, but the new Madonna is still always Madonna herself. Or as Madonna jokes, “I’m the new old Madonna.” Joan of Arc, the most famous woman of her day, died a martyr at age 19, betrayed. Madonna, 56 years young, has made it clear that she will countenance neither martyrdom, nor marginalization, nor relegation to the status of “national treasure.” She will not retire quietly into Cher-like fag-haggery or into Paula Abdul–ish irrelevance. If the kids are using Snapchat, she’ll use Snapchat to release her video. If her hardcore fans are on Grindr, she’ll live-chat on Grindr. Madonna will follow pop culture wherever it goes—over a cliff and into the sea, if need be. Her new album is many things. Above all, it is not her last.

Check out the full article at out.com 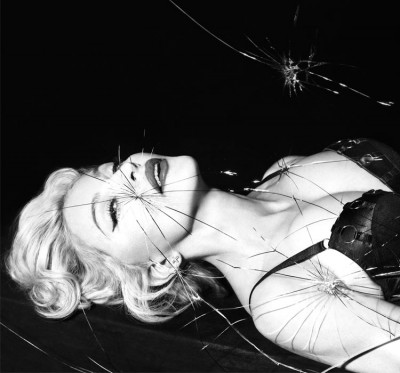