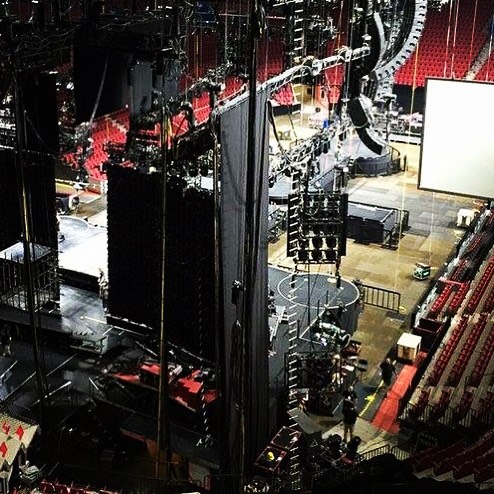 Curiously, Versace, in whose 2015 advertising campaign Madonna appeared, is not involved in this tour. Arianne Phillips, who has been nominated for two Oscars, including her work on Madonna’s own “W.E.,” is marking her sixth tour with Madonna and will also contribute costumes.

In May 2015, UnitedPoleArtists.com published an interview with Mona Marie, the official pole trainer for Madonna’s upcoming Rebel Heart Tour.

I haven’t got any word if I am going on tour yet but I was hired to teach and train Madonna and her dancers how to do the pole, for the pole piece in her tour which I am collaborating with the head choreographers.