After selling out the first shows in Montreal, Koln, Berlin and Turin, extra dates have been added:

Two new dates have been added to the Rebel Heart Tour: 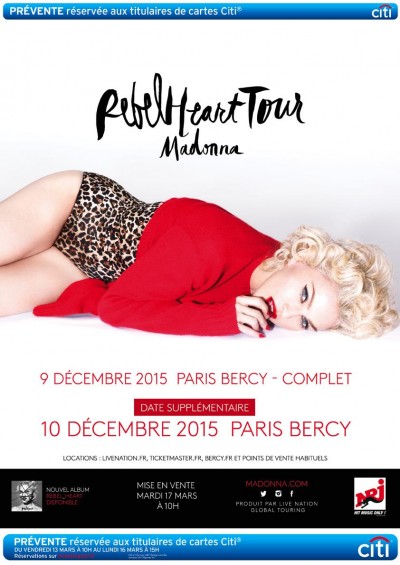 Madonnarama can exclusively reveal that Madonna will be performing three nights in London with the Rebel Heart Tour!

Earlier today, it has been confirmed that the Rebel Heart Tour will make a stop at the O2 Arena in London on December 1st, but we at Madonnarama can reveal that two extra dates have already been set and will be announced soon! 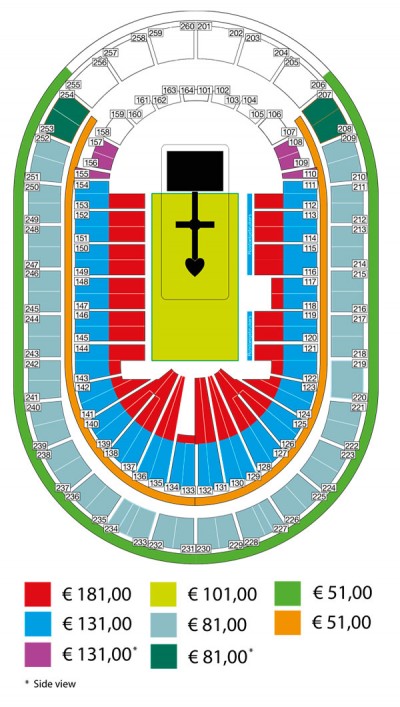 Fans may purchase an Icon Live Pass today, which gives them access not only to ticket & VIP Package pre-sales, but also a free membership to Icon, the official Madonna fan club, access to a tour devoted forum and an exclusive tour gift. Fans who are already registered simply need to upgrade their account with the Icon Live Pass on Madonna.com.

Citi is the official card of Madonna’s ‘Rebel Heart’ Tour. For concerts in the United States and Paris, France, Citi cardmembers will have access to a presale beginning Wednesday, March 4. For complete presale details visit: www.citiprivatepass.com 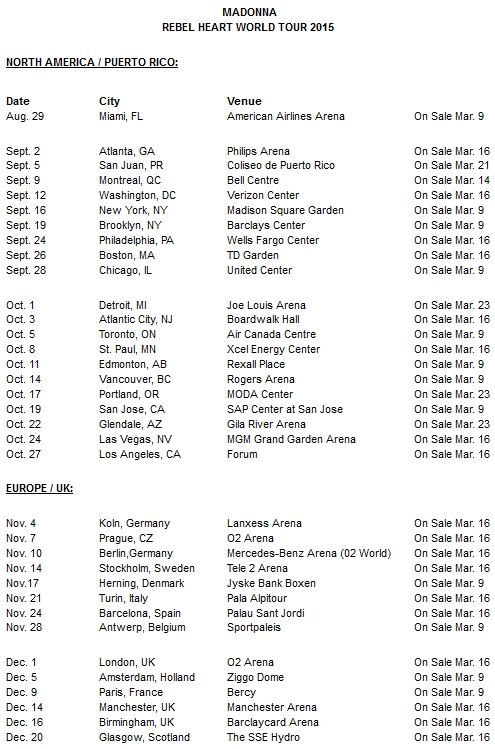 According to Billboard, Madonna will kick off the Rebel Heart world tour in Miami on August 29th, which will begin a run through North American arenas of about 25-30 shows through October, with additional dates likely to be added as certain shows sell out.

Madonna will then head to the U.K. and Europe for a run of 20-25 shows beginning in November running through the third week in December.

In early 2016, Madonna will take Rebel Heart to Asia and Australia, with those dates expected to be announced by the end of March.

Madonna will be kicking off her new tour in Miami on August 29th 2015!
Stay tuned for the official announcement tomorrow!

According to French Ticketmaster, Madonna will be performing in Paris at the Bercy Arena on December 9th. The date and ticket info was quickly taken down though.

Here’s the ticket pricing that originally was put up…