The American popstar has signed up to use their new Super-Shareable Content format to promote the global online Twitter competition for the Rebel Heart world tour.

The competition allows users from various territories around the globe to tweet to enter and win tickets, hotels and flights to see the Madonna show.

Madonna’s team love this approach and she’ll be the first music star in the world to have used this tech.
We’ve moved the content technology game on a step with Super-Shareable.
I think brand owners and popular sites will soon see that with this tech there is a new way of sharing engaging content with users.
It works to everyone’s advantage and was invented right here in Manchester. 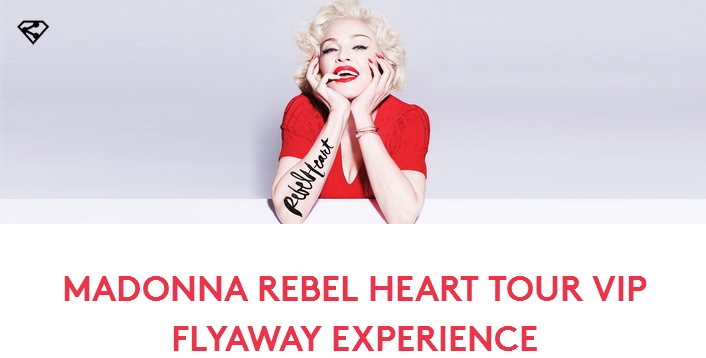 Update #19: Australian tour dates to be announced on June 9th

Madonna has announced a new date on her Rebel Heart Tour! She will visit San Diego on October 29 at Valley View Casino Center, and Icon is hosting a pre-sale open to registered Icon members.

The Rebel Heart Tour concert at the Jyske Bank Boxen in Herning, Denmark, originally planned for Tuesday 17 November, has been rescheduled to Monday 16 November due to logistical challenges.

The opening night of Madonna’s Rebel Heart Tour, one of 2015’s most highly anticipated shows, has been moved to Wednesday, September 9th in Montreal’s Bell Centre. Dates originally scheduled for Miami, Atlanta and San Juan, PR have been moved to January 2016 (complete itinerary follows). As confirmed by Live Nation, Madonna’s global tour promoter, tickets for previously announced Rebel Heart dates in each of these cities will be honored for newly scheduled dates.

As my fans already know, the show has to be perfect. Assembling all the elements will require more time than we realized. I apologize for any inconvenience this may cause my fans. I can promise you this show will be worth the wait. Can’t wait to share it with all my Rebel Hearts out there.

An up to date full itinerary of Rebel Heart Tour dates follows this release. Tickets for all previously scheduled performances will be honored at the new dates. Refunds if required will be available at point of purchase.

*Rescheduled show date. Tickets for the previously scheduled performances will be honored at the applicable rescheduled event.