A$AP Rocky wants to fuk Madonna
VH1 reports that an hour before rapper A$AP Rocky premiered his new video for “Lord Pretty Flacko Jodye 2,” he engaged in a Q&A with fans on his Tumblr and RESPONDED IN ALL CAPS to questions about past and perhaps future romantic conquests.

One fan, user foreveryungfam, posed a question about A$AP Rocky’s “ultimate sexual fantasy and/or fetish,” to which Rocky responded…

I JUST WANNA FUK MADONNA OLD ASS B4 I DIE, FEEL ME, CAN U BLAME ME ? 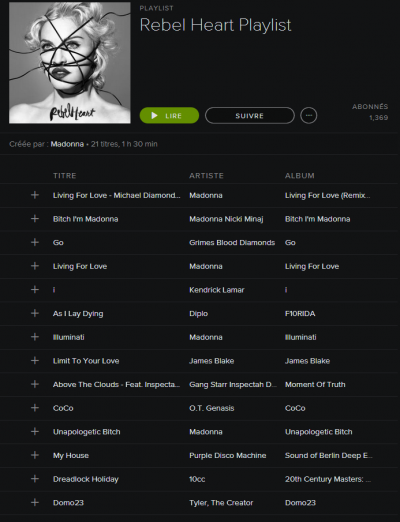 LL Cool J: I was excited to see Madonna at the Grammy Awards
Yahoo Style chatted with LL Cool J. about the Grammys and what it’s like to run the show every year.

I’m excited to see Madonna. I think star-struck is a little strong, but definitely excited. I admire her career. I admire her intelligence. The way she’s built her career and her brand, and as a woman grow old gracefully. Being in shape and taking care of herself. I think that’s very admirable.

Locked inside a bedroom at motel 6 blasting Madonna Erotica on repeat &rolling around in a Prada bodysuit at 2am pic.twitter.com/n1o78sZ0RJ

Morrissey still doesn’t like Madonna
Morrissey has published an online rant about the Brit Awards, accusing them of killing off British music while giving unnecessary airtime to “frightening” Madonna and the “rank fraud” of Taylor Swift.

In 2015, we have MacDonna, who had a quiet 2014 (but who is quite usefully about to release her new album!), yet here she is again promoting her frightening career on the Brit Awards even though her music has not ever said anything at all about British life.

The plaintiff claimed it would be prejudiced if it wasn’t allowed to videotape the deposition and thus requested that the judge undo a magistrate judge’s decision preventing it from doing so.

Madonna showed up in my press conference that night. I already knew her – I’d met her years before that. She’s always been extremely kind and very respectful. When she walked onstage at the press conference, I was like, ‘Yeah, hey hey, what a moment!”

Sofia Boutella: Madonna treated us like actors
Sofia Boutella, talked about her experience as dancer for Madonna during an interview with the Daily Telegraph…

Working with Madonna, she always told me the meaning behind the steps and why I was doing these steps — she treated us like actors. So I feel like I’ve always been an actor, truly.