Additionally, L. Rosenberg said of the Madonna video shoot – "But I think the most important thing was how much fun she was having!”

We already know German designer Verena Dietzel who specialises in corsetery has been contacted for Madonna’s upcoming video “Living for Love”.

This time, we have some new info on the dancers.

In the past he choreographed the “Justify my Love” routine from the MDNA Tour and appeared alongside Madonna at the Olympia gig in Paris during “Je t’aime… mon non plus”. He was also the main dancer during “Like a Virgin/Love Spent”.

1st BIG week of rehearsal done with my new crew “ENFANTS PRODIGES”.. #uarentready
Lets go to New York!! Dance Act and the new VideoCLip of Madonna for her Come back! #Rebelheart 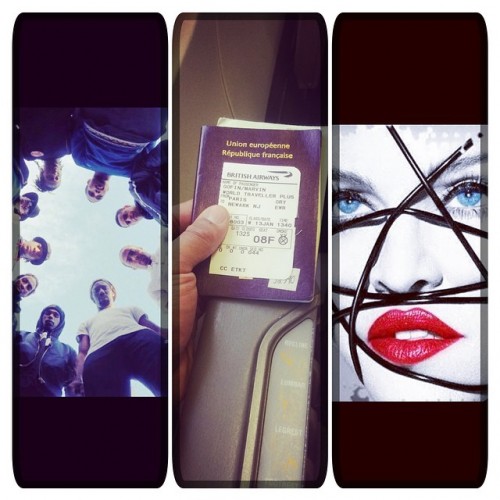 Some of Marvin Gofin’s previous work…