@jtimberlake: A HAPPIEST of Bdays to my mother chucking ninja, @Madonna!! Hope you have a great one, M!

Are people just overreacting or not?

Madonna. She’d have amazing clothes in there. Or Freddie Mercury would be fun.

Darude wants to work with Madonna
Finnish EDM producer and DJ Darude opened up about the electronic dance scene, his Tomorrowland experience and his dream female collaborations to Digital Journal. He listed the “Queen of Pop” Madonna as his dream collaboration choice…

After Madonna I don’t know. There are so many. Alicia Keys, Beyonce and Christina Aguilera, because of their amazing voices and because they do very different things from what I do, so it would be great to hear what we could come up with and how they and their teams work.

We need more Madonnas and Rihannas, girls who dominate more than men.

Yes, we will have Madonna’s cone bra from her Blonde Ambition tour in 1990, which really put both Jean Paul Gaultier and Madonna at the forefront of most people’s minds. We will have pieces from his entire career. We will have the first dress he designed in 1976, right up to the most recent haute couture collection.

One of the most special remixes for us was the Hung Up Madonna remix. She was the first pop artist to get in touch with us to do something like that. After Madonna, we did Christina Aguilera, Mariah Carey, Shakira, and so many more.

My stylist, Law, came up with the idea for it to reflect Madonna. So if anyone’s ever seen Material Girl… this is the updated version. It’s a tribute to the one and only Madonna. So I hope she loves it. 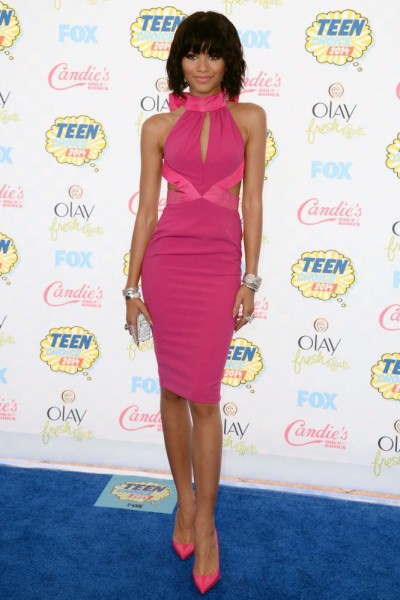 Rosello Shmaria: “How I got to work with Madonna”
Israeli designer Rosello Shmaria explain how he got involved in designing costumes for one of Madonna’s concert in Israel…

A good friend offered me the chance to work on the costumes for a concert by Madonna in Israel. I didn’t take it in. I told her I would think about it and call her back. As soon as I got off the phone I realized what I had just said. I called her back immediately and said yes. There were three other designers besides me; we did what’s known as ‘trends,’ items of apparel that are kept for the last minute. We looked at the existing items and tried to figure out how we could add, change things, sharpen the cut. We worked with materials that arrived specially from abroad, a kind of flexible metal that isn’t manufactured in Israel. The items we made looked stiff but were actually bendable. Afterward, the crew wanted us to continue with them to the next concerts, but that didn’t pan out because of financial problems. They were willing to pay well, but couldn’t subsidize accommodation.

Danielle Schneider: Are you crazy?

Dannah Phirman: I like when she had the baby and was kind of in Earth mother mode. She had the long tendrils at that time.

Casey Wilson: See, I liked when she sang that “Playground” song. That was my favorite. Or “Evita.”

Andrea Savage: But what about when she became a British children’s author? “The English Roses.” She had her hair all done up. She was such a proper English lady.