ANDYPOP: What what is like, seeing this tabloid photo of you and Madonna? 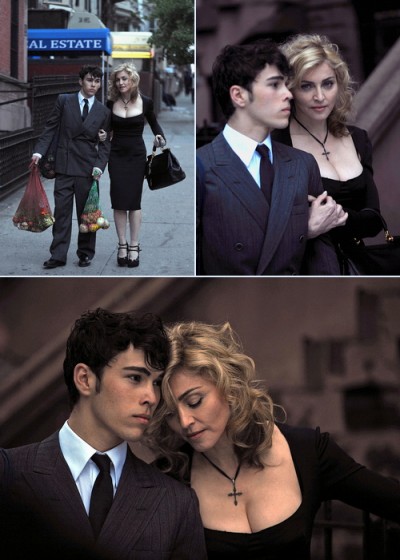 Max Schneider: I love telling this story, because it’s a testament to how brilliant Madonna is.
We’re doing this Dolce & Gabbana campaign and this last shot wasn’t planned. There’s security like the white house in this place. Men in black all over.
She was like “I wanna do a shot on the street right now” and Dolce & Gabbana are there like “Ok, alright, let’s go. Let’s do it.”
We get on the street and it’s like 50 guys running on the street. Of course, the paparazzi are all there. They know where she is, but they can’t get in. These 50 others dude just surround her and I’m standing next to her.
We start doing the shot. Nobody could make a perimiter or whatever else.

I was 17… it was such brilliant, scandalous idea.
To this day I’m blown away… That’s why she is who she is.