According to the BBC, Madonna was relieved to avoid “creating a distraction” for the court.

The pop star spent two hours waiting in a separate room from other prospective jurors, but was not called to serve on any case.
David Bookstaver, the spokesman for the state court system, said her appearance and dismissal “really goes to show that everyone gets called” and added that “The intent here was not to create a distraction to other jurors or the business of the court.”

Mr Bookstaver stated that if she had been placed in a larger waiting room with other potential jurors, the court would have faced the expense of stationing extra police officers there.

The singer will now be excused from jury service in New York for six years.

Other US stars have been called for jury service and served on cases, including actor Tom Hanks who was a juror on a domestic violence case last year.

But the trial came to an early end after a prosecution lawyer approached Hanks outside the courtroom to thank him for his contribution, breaking regulations.

Actress Sarah Jessica Parker and TV journalist Barbara Walters have appeared at court to show their appreciation for jurors and to support the ideal of civic responsibility.

Madonna showed up today at court for jury duty in New York.
Check it out… 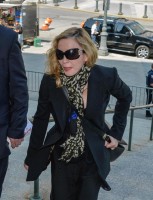 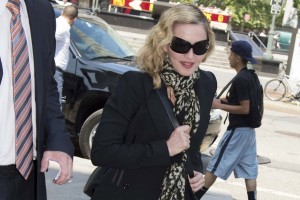 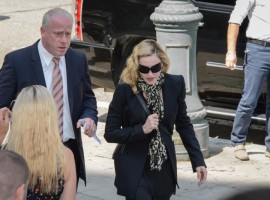 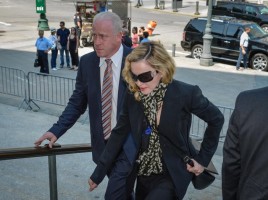