Martin Kierszenbaum who spent some time with Natalia Kills and Madonna recording new tracks for Madonna’s new album talked about the collaboration during an interview on the Billboard.com Pop Shop Podcast.

I’m very proud of it.
It was a real privilige to work with Madonna and Natalia Kills.

We ended up writing seven songs. We were only meant to be there with her for a couple of days. It was just me on the piano and Madonna and Natalia kind of around it. We just wrote songs the old fashioned way. Just playing the piano and singing. It was really fun.

I’m a big Madonna fan, so for me it was an honour.

I don’t know what she’s gonna use from the sessions.

She was really wonderful and so talented. It was a thrill to hear that voice that we all know, in the room, coming out of her head, right there… it really sounds like that.
I’m a big fan of it, so for me it was great. 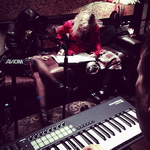 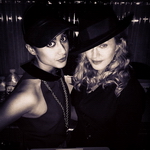