I don’t know if I called her or if it was one time that we ran into each other but, I said, ‘Would you like to come down? She said she would. She came down with her son Rocco and it was great to have them down there.

Madonna on crutches
According to the New York Post, Madonna has been spotted on crutches at her Upper East Side townhouse.

Apparently, a rep told them…

She bruised a bone in her foot from dancing in her high heels… she’ll be fine and off crutches in a week.

Madonna and Timor Steffens are not dating
A representative for Madonna has dismissed reports suggesting the pop diva is dating a professional dancer.

Rumours of a new romance made headlines in the U.S. when the Material Girl was spotted attending a New Year’s Eve Party in Switzerland with Dutch dancer Timor Steffens.

However, a rep for the star has since denied the reports, telling Gossip Cop…

“Love – for Art for Freedom” by Chaz Buzan
“I would like to dedicate this video to the men and women who are still fighting for the right to love. Love is not a privilege. It’s a human right.” -Chaz Buzan

Madonna leaves Nobu in London
Check out this video of Madonna and her family leaving the Nobu restaurant in London on December 27th. 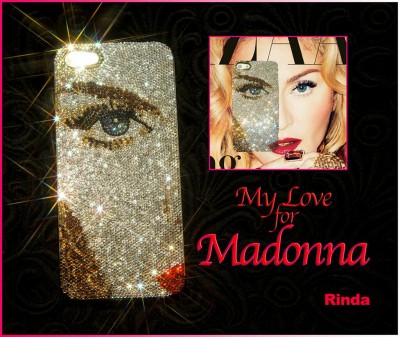 Madonna at the APLA Dance-A-Thon in 1991
This video was record on April 21, 1991 at the Sports Arena in Los Angeles on the 3rd APLA Dance-A-Thon – an event that raised funds for victims of AIDS. She brought her friends Herb Ritts, Juliette Hohnen and the Blond Ambition dancers and back-up singers to dance and have some fun.