The “Songs For The Philippines” track listing is as follows:

All proceeds from “Songs For The Philippines” will be directed to the Philippine Red Cross.

Kate Middleton as Madonna
Michele Moricci made a series of drawings of Kate Middleton re-imagined as the pop stars of the moment.
Here’s his take on Madonna… 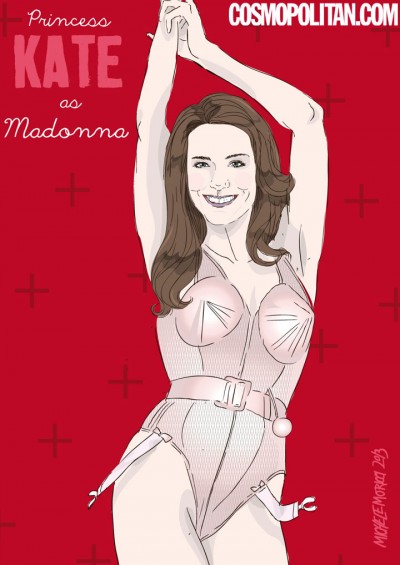 For more pictures, check out cosmopolitan.com

Marge Simpson as Madonna
Artist Alexsandro Palombo – known for his irreverent and colourful fashion cartoons – reimagines Marge Simpson in some of the most iconic dresses of all time.

One of those dresses is the famous Jean Paul Gaultier outfit Madonna wore during the Blond Ambition Tour.

There is a Marge Simpson is every women and with this tribute I wanted to ignite the magic that is in every women; the strength, femininity, elegance, eroticism and beauty,” Palombo told us. “I made a strict and careful selection of what, in my opinion, has really influenced the style of the last 100 years. Each of these dresses really changed the course of the history of costume, giving a new aesthetic vision that has anticipated major changes in our society. We may not consider these clothes as art, but the aesthetic vision that they emanate has played an important role in giving strength to the path of emancipation of women since 1900. In many cases it’s the dress that has transformed a woman into an icon, but in many others, it’s the personality of the women that has enlightened the dress.

Check out more at Vogue.com 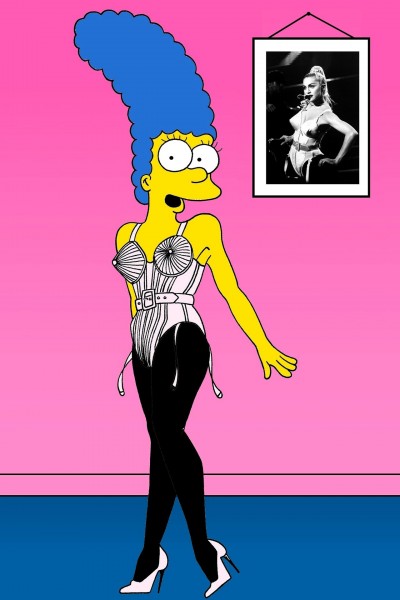 Madonna and Lourdes in Michigan
Madonna caused quite a stir on campus when she visited the University of Michigan with her daughter on Wednesday.

Dressed in black and wearing oversized sunglasses, the pop icon was apparently trying to go incognito as she exited the dean’s office at the music school with her daughter, 17.

There was a lot of excitement.
[Madonna’s] daughter was learning about our musical theater program
Someone announced to my choir class Madonna was in the building, and choir wasn’t productive anymore after that.
People that weren’t music school students were all over the area. Madonna tried to keep the attention on her daughter but … people were everywhere.

They also had dinner at Sava’s, as they posted the following on their official Facebook page…

Madonna just ate dinner at Sava’s! Yes, you heard that right. Madonna means the world to your Sava’s Management team, we live and breathe her. This is a big day for us! Hopefully Lola chooses U of M so we can see more of them!!!!!!!!!!