MDNA Tour on Spanish TV
CANAL PLUS SPAIN will broadcast the MDNA WORLD TOUR LIVE in December 31 at 22.00.
Thanks to Richard C.

Madonna by Pedno
The Galery D in Montréal, Canada is currently exhibiting the work by Stéphane Pedno and features one piece inspired by Madonna. 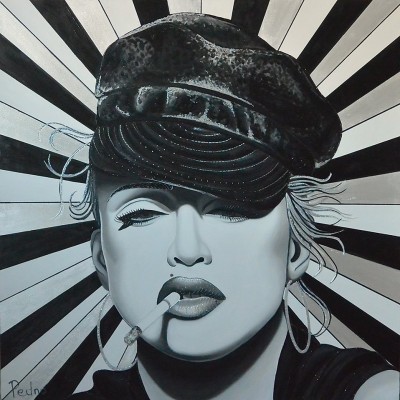 More details at Galerie D
Thanks to Marianne B.

Madonna Wins ‘Vogue’ Sampling Lawsuit
Back in July 2012, a Delaware company hit Madonna and her label WB Records with a lawsuit claiming she stole portions of one of their songs for her hit 1990 hit “Vogue.”

The Hollywood reporter announced that the issue has been resolved with a ruling favor of the defendants.

The original lawsuit was filed in July by VMG Salsoul, the copyright owner of a 1976 composition called “Love Break.” The plaintiff alleged that it was only through new technology that the “deliberately hidden” sampling had been detected.

But a U.S. District Court judge in California has ruled on summary judgment that sampling of the Horn hit was “trivial,” in that in could not be recognized.

Having listened to the sound recordings of Chicago Bus Stop, Love Break, and Vogue, the Court finds that no reasonable audience would find the sampled portions qualitatively or quantitatively significant in relation to the infringing work, nor would they recognize the appropriation,” “The Court finds that any sampling of the Horn Hit was de minimis or trivial.

We are thrilled with the decision, and believe it is absolutely the right result.

Lynn Goldsmith’s ‘Rock and Roll Stories’ Book
Lynn Goldsmith’s ‘Rock and Roll Stories’ is an expanded version of her 1995 book “Photo Diary” and goes into much greater detail about the musicians she’s photographed in her career.
One of the best stories: Goldsmith shot a couple of early Madonna shows but decided not to work with the Queen of Pop, because she thought Madonna didn’t have any talent. A few months later, she saw “Desperately Seeking Susan” and changed her mind about Madonna!

Rare Photos Of Madonna In NYC Circa 1983
GIANTlife attended the opening of the Richard Corman exhibition at Milk Gallery in New York. Check out some of the pictures… 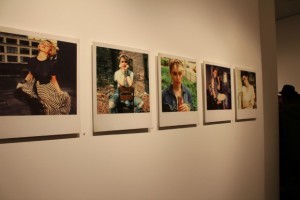 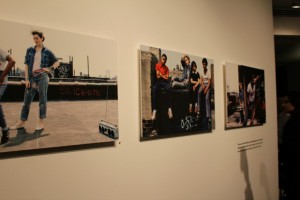 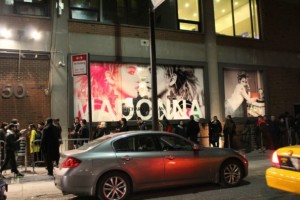 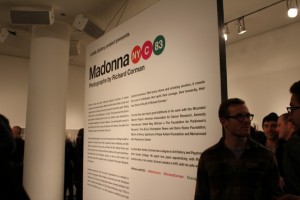 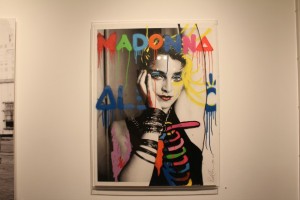 I would buy tonnes of hairspray. I had a bad perm and would scrunch my hair. I’d go through a can of hairspray a week.

Madonna — still daring after all these years
In her latest column, Liz Smith gave her opinion on the Madonna piece in the latest Harper’s Bazaar issue. Here’s an excerpt…

I suppose Madonna has changed a lot over the years, but this determination of hers to provoke and dare and take her audiences on that journey — even if some would rather be taken on a less challenging, more nostalgic journey. This never changes. And I doubt it ever will.

The never-before-seen images of the pop queen netted more than $30,000 for Guccione Collection LLC, the Englewood company led by Jeremy Frommer that purchased the late publisher’s photos and artworks from his creditors.

If you haven’t seen the pictures yet, go check them out HERE!

U2 and Madonna managers come under the Live Nation tent
According to FT.com, two management companies representing U2 and Madonna are close to being folded into Live Nation Entertainment in a deal that gives the concert and venue promoter new influence in artist representation.