Brahim Zaibat is one of the contestants this year and the first episode will be broadcasted tomorrow on TF1.

A representative of the singer said the road has since been removed, though county officials say they are awaiting a written response.

The construction firm doing work on the adjacent property couldn’t get its equipment through the common driveway, Burke said, so workers cut a path out of the farmland’s sod, moved the sod to the side and sent its vehicles through.

It’s been filled back in, seeded, and we’ll have the before-and-after photos to bring back to the Farmland Committee to show compliance.

Burke said the unpaved road in question was always temporary, and that “there was no harm done.”

M.I.A. fighting the $1.5 million fine for flipping her middle finger during the Super Bowl Half Time Show with Madonna
On February 5, 2012, M.I.A. performed as a guest of Madonna during her Super Bowl halftime performance. During her brief time on stage, M.I.A. flipped off the camera for a split second.

At the time, but neither NBC nor the FCC ended up taking action against her, and the matter seemed to go away. Now, from documents obtained by The Hollywood Reporter, the NFL is demanding that M.I.A. pay $1.5 million (with a public apology) for her seconds-long middle finger.

M.I.A. has been fighting the NFL behind the scenes for over a year. Now, M.I.A.’s legal team is planning to “go public with an explanation of how ridiculous it was for the NFL and its fans to devote such furor to this incident.”

Madonna on Reddit
Madonna took some time off and made her first appearance on Reddit.
A lot of questions were asked… about the MDNA Tour DVD issues, the new album, the Harper’s Bazaar photoshoot, the Secret Project, religion and lots more.

Have a nice read!

Madonna featured on the G-A-Y compilation
The new G-A-Y compilation album will celebrate its 20th anniversary and will include remixes of popular hits that are exclusive and not available elsewhere digitally.

The collection will be released on October 7 through Sony Music.

Madonna’s ‘Hung Up (SDP EXTENDED MIX)’ will open disc one, which also features songs by Adele, Cheryl Cole, Justin Timberlake and Nicki Minaj.
The full tracklisting is available at digitalspy.

In celebration of Madonna’s MDNA Live DVD release, Madonna’s pianist Ric’key Pageot decided to do something special, especially for all the die hard Madonna fans.

Here’s his home video of him playing the Evgenis Waltz that was part of Like A Virgin in its entirety.

Superstar (The Bimbo Jones Remix)
Here is the long awaited official Bimbo jones radio edit remix of Madonna – Superstar. As road tested in his DJ sets around the world.

Join Madonna’s Revolution of Love
Through her Ray Of Light Foundation, Madonna has decided to support organizations around the world working to promote peace, equal rights and education for all.

To celebrate Madonna’s Birthday, her official store is happy to offer two new t-shirts: The “Defend Human Rights” tee, which supports a cause close to her heart; and the “Revolution Of Love” tee that Madonna created and designed for all of you who want to spread the word about her new project!

Please note that proceeds from the sale of these special designs will be donated to Madonna’s Ray Of Light Foundation.

A revolution that has Love written all over it can do no wrong. Join it now! 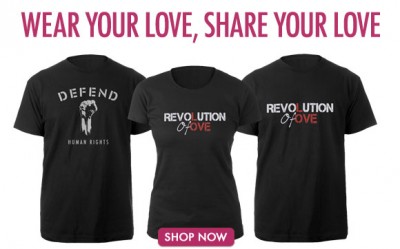 SPECIAL GUEST DJs *DJ Jene* and *DJ Hunty* will provide the music.
Show your Madonna love !
Wear your best Madonna gear for a chance to win even more prizes! Don’t
miss it! 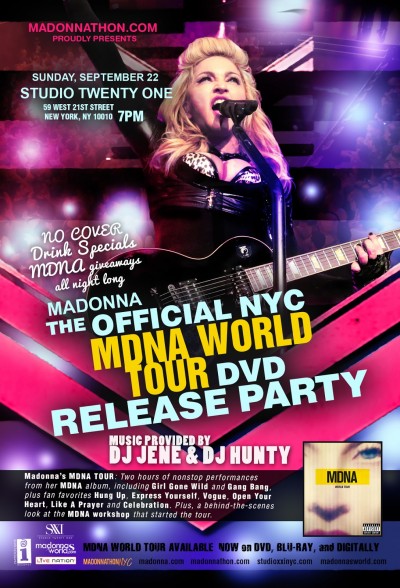