“Madonna: The MDNA Tour” to be released worldwide between 6 and 10 September 2013

Interscope Records would like to make consumers of Madonna’s MDNA World Tour Blu-ray disc aware that the concert will be seen at its most optimal quality by properly adjusting the settings on your television to “Normal/Movie” mode rather than “Dynamic/Enhanced” mode.

Older Blu-ray players or those without a firmware upgrade may experience glitches when navigating the Blu-ray menu. Follow the manufacturer’s instructions to upgrade firmware.

Due to an error in manufacturing that has compromised the 5.1 audio in the US, a full recall of the Blu-ray disc will be issued in the US. No other markets will be affected.
We apologize for this inconvenience.

Update:
The Official Madonna Store is happy to celebrate the international release of the MDNA World Tour with an exclusive DVD + specially designed t-shirt bundle!

Pre-order your copy today and get the 2-hour party on DVD, as well as a tour souvenir you won’t find anywhere else!

As an added bonus for Iconers, we have prepared an Icon-exclusive bundle that contains the MDNA World Tour DVD (or Blu-ray), specially designed MDNA t-shirt, and the MDNA Album Lithograph — for a savings of over 40%!

The MDNA Tour won’t be released on CD & DVD in the Netherlands on September 6th. According to Universal Music the original master contained an error, which means that both the DVD and the double live CD have been pushed back two to three weeks in the Netherlands and Belgium!

Here’s an overview of the current pre-order links…

Update:
Have a look at the Madonna MDNA World Tour digital booklet… 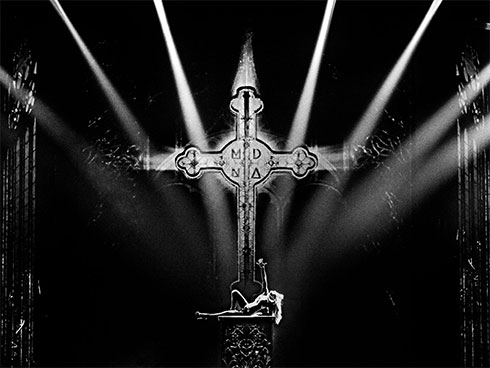 Update:
The advance online copies of the Madonna MDNA Tour CD for streaming have been sent out! Only a few more days left! 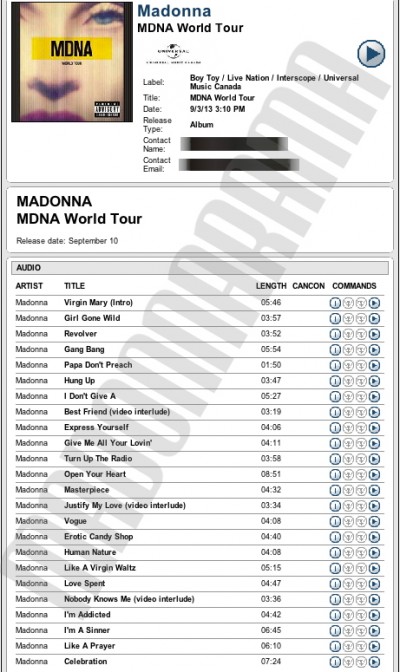 Thanks to Madonnarama reader Christopher H. we have the backcover for the MDNA Tour CD. Have a look… 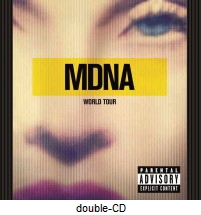 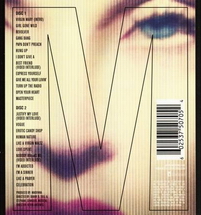 Update:
Madonnarama just received confirmation on the different covers for each platform and we can also reveal the cover for the MDNA Tour Live double-CD. 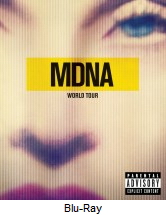 Update:
While the world will have to wait until September 9th, we just received confirmation from Universal Music Netherlands that Dutch fans will be able to buy “Madonna: The MDNA Tour” on Friday, September 6th.

We also got a confirmation from Universal Music Belgium that the 9 September 2013 release date in other parts of the Benelux has not changed.

The MDNA Tour release date has been changed a couple of times over the past few months, but a new date has finally been chosen!

The rumours are true! We at Madonnarama just received confirmation that the MDNA Tour will be released on DVD and Blu-Ray globally on September 9th and in the USA/Canada on September 10th! A live double CD should also be available the same day.