As a girl, as a fan, as a woman, anything really… To be handpicked by Madonna and her incredibly cool daughter Lola was probably one of the biggest compliments I’ve had in a while.

To be part of such a family is so iconic.

Clad in Material Girl apparel, footwear and accessories, Rita was photographed at iconic London locales such as Buckingham Palace, Big Ben, the London Eye and atop a double decker bus. Rita is one of the latest music protégées from Jay-Z and Roc Nation. Selected by Madonna and her daughter Lola, Rita joins past spokespeople Georgia May Jagger and Kelly Osbourne as the face of the junior brand, available exclusively at Macy’s and macys.com in the United States.

[The shoot] has been an amazing Material Girl tour around my hometown, London, taking loads of pictures, dressing up and having fun.”

Material Girl is available at Macy’s.
Have a look at the first images featuring Rita Ora… 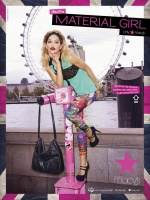 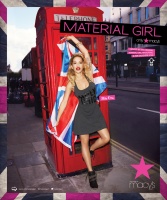 Big thanks to Iconix and Material Girl