Swide sat down with James Franco, who spoke about creativity, social media, ‘Freaks and Geeks’, art and Madonna.

Swide: You appeared on the cover of Candy Magazine in drag resembling a beautiful muse of Pedro Almodovar. If you could be reincarnated as one of history’s great divas who would you be and why?

Here is the Candy Magazine cover they mentioned… 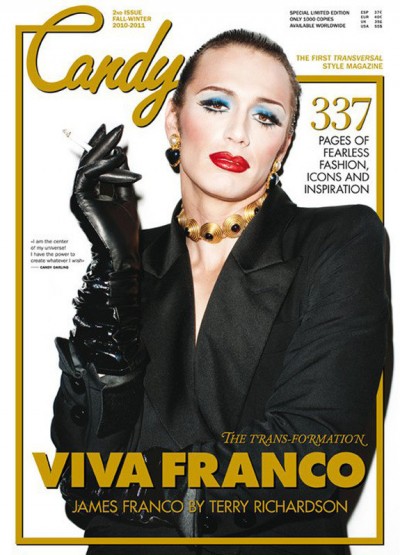