In Brief: MDNA Tour After Party, Elton John, Back to School, Parties, Vogue, Footwear and more…

MDNA Tour after party in Monaco
After the last European MDNA Tour concert in Nice, Madonna and her dancers were spotted at the Billionaire club in Monaco… 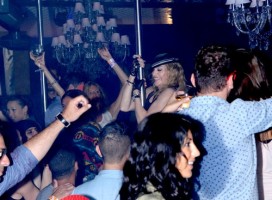 Elton John is not bashing Madonna… this time
A few weeks ago, Elton John called Madonna “a cunt and a fucking fairground stripper, whose career was over.” He later claimed that the comments were “off the record”, but received a pretty big backlash on the web. During Madonna’s MDNA Tour stop in Nice, she dedicated Masterpiece to Elton John saying “he’s a big fan and I forgive him.”

In this week’s issue of Radio Times, Elton John had some nice words to share…

Madonna took the industry by the scruff of the neck, made opportunities for other women, like Gaga and Katy Perry.

Back to school with MDNA
Fanfire is currently offering discounts on Madonna items. Looking for the new 2013 calendar, posters or tourbooks, head on over to the Madonna store! 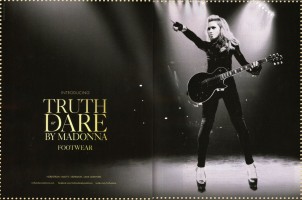 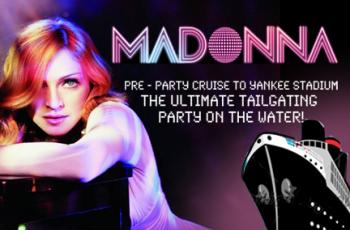 The Corset Incident at the MDNA Tour in Oslo
During “Like a Virgin” Madonna encountered a small problem with the corset.
Oops…

30 years of Madonna
Some fans want to celebrate the 30th anniversary of Madonna’s first single “Everybody”. Join HERE…

What better way to celebrate Madonna’s career then by getting her first single to hit #1 on itunes, 30 years after it was released!

On October 6th 2012, it will be 30 years since Madonna put out her first single “Everybody”.

Let’s show Madonna our love and celebrate this very special landmark in her career by downloading “Everybody” on October 6th, 2012. (from the album “Celebration” on itunes. If you don’t have itunes, just use any other legal dowloading service.)

Madonna Has A Kiki – Madonna vs Scissor Sisters (Captain Obvious)