In Brief: Shaping Sound, MDNA Tour, Captain Obvious, Parties, A League of Their Own

The first episode aired last week and we learned that Travis Wall made a submission for Madonna’s MDNA Tour, but unfortunately didn’t get picked.

Here it is, let us know what you think!

Sony’s Blu-ray presents the film in its 2.39:1 original aspect ratio with a 5.1 DTS-HD Master Audio track. The disc also contains the following supplements:

Madonna signed the Guest Book at the Leopold-Museum
When Madonna was in Vienna, she visited the Leopold Museum together with her daughter Lourdes, her boyfriend Brahim Zaibat and a few of the dancers. 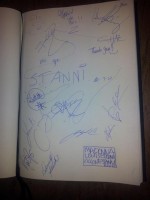 Madonna on the cover of South African magazine “You” 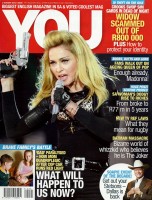 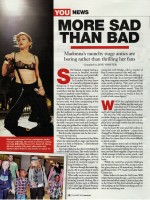 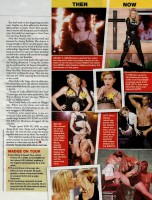 Big thanks to Carlo

“A league of her own” Party Weekend in Colorado
Club Q in Colorado Springs is hosting a huge Madonna Blowout Party upcoming weekend. One of the prizes that are going to be given away are tickets to see Madonna’s MDNA Tour live at the Pepsi Center October 18th! 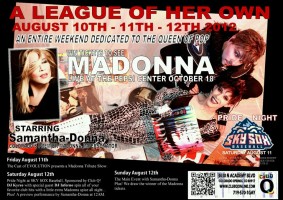 Madonna has a Kiki by Captain Obvious

Calling everyone attending Madonna’s Birthday Show in Oslo!
Madonna’s Official Fan Club Icon have asked that fans bring paper “white hearts” for themselves and other fans to her ‘birthday show’ in Oslo, Norway on 15th August, and hold them aloft after she sings “Open Your Heart” as a birthday surprise for the Queen of Pop.

This tradition started in 2009 at her birthday show on the Sticky & Sweet Tour in Warsaw, and it is hoped that it will continue on this tour in Norway and indeed for all of Madonna’s birthday shows in future years. 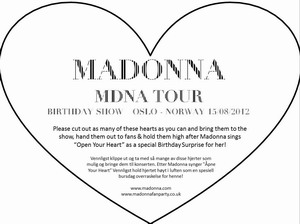 Here is a link for your to download your heart , print them to A4 or even A3, cut them out and bring them along to the show to wish Madonna a Happy Birthday!

MDNA Tour in Russia: Security message for US citizens
The Embassay of the United States in Moscow has released a statement alerting U.S. citizens in Russia who are planning to attend the Madonna concerts in Moscow on Tuesday, August 7, or in St. Petersburg on Thursday, August 9, that the U.S. Consulate General in St. Petersburg has received information regarding a threat of physical violence against spectators and performers.
Read more…