Israeli fans love Madonna
As part of their excitement for Madonna’s upcoming MDNA Tour, which opens in Tel Aviv, some Israeli fans decided to make this funny tribute video clip and dedicate it to all Madonna’s fans around the world.

When Madonna turned 39, she asked D’Angelo to sing “Happy Birthday” at her party. According to one press report, Madonna sat on his lap and French-kissed him. In fact, two sources say that ultimately D’Angelo rebuffed her advances at another gathering not long after. At that event, the sources say, Madonna walked over and told a woman sitting next to D, “I think you’re in my seat.” The woman got up. Madonna sat down and told him, “I’d like to know what you’re thinking.” To which D replied, “I’m thinking you’re rude.”

Shirley Manson from Garbage sings Erotica
Garbage is currently touring with their latest album “Not Your Kind of People” and pays homage to Madonna. Right before their song “#1 Crush”, Shirley Manson sings a few lines from Madonna’s Erotica.

Have a look at their performance in New York…

The winner will be invited to experience a day of the FIRENZE4EVER alongside top international fashion bloggers, and an exclusive MDNA album kit, courtesy of “Universal Music Italia”:

This exciting opportunity will include a round trip travel ticket and accommodation for one night (June 16th, 2012) for one person in Florence, Italy, and a top secret surprise for Saturday night! 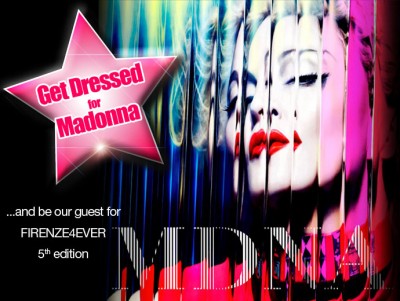 More details at Luisa Via Roma

Posing with the edible chocolate piece I made free hand of Madonna’s MDNA Tour promo photo. I had one shot to get it right, there’s no erasing or starting over with chocolate! It is accented with luster dust and pearl dust. More of my cake photos and videos can be seen on www.facebook.com/thepastryarch and twitter.com/#!/thepastryarch. I can also be seen on season 1 of “Cake Boss”. 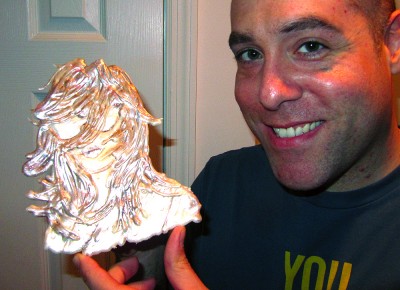 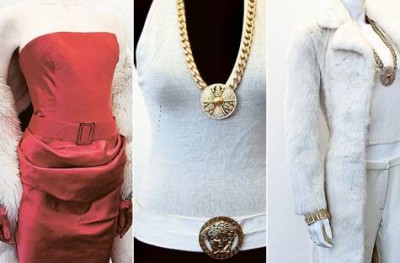 W.E. Out on DVD & Blu-ray In The UK June 4th – Win Your Copy!
UK fans! Madonna’s “W.E.” movie will be released on DVD and Blu-ray in your country June 4th. If you’ve haven’t ordered your copy yet, here’s your chance to win it!
All the details HERE!

MDNA Tour Spoilers – Building the stage in Tel Aviv
Madonna’s MNDA Tour will open in Tel Aviv, Israel, on May 31st at the Ramat Gan Stadium. She is expected to arrive soon for rehearsals and the crew is already building the stage, including the backstage area.
Have a look HERE!