Played onto the stage to the strains of Madonna’s Vogue, Jane Lynch, the evening’s host, introduced longtime Madonna stylist Arianne Phillips who won the “Excellence in Period Film” category.

Arianne was in competition with Mark Bridges (“The Artist”), Michael O’Connor (“Jane Eyre”), Sharen Davis (“The Help”) and Sandy Powell (“Hugo”).
W.E., which alternates scenes set in the 1920s and ’30s with contemporary sequences, is the only one of the winners to also have an Oscar nomination.

Film costumer Marlene Stewart was presented with the Disaronno Career Achievement Award for a range of credits that include being the costume designer of such influential Madonna music videos as Like A Prayer, Material Girl and Express Yourself. 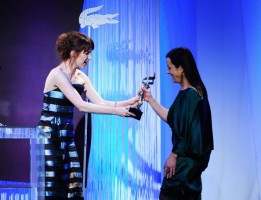 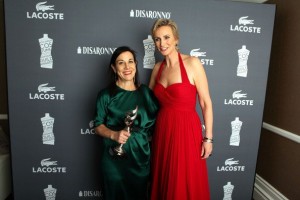