It’s actually a replication of a Schiaparelli gown.
Though the dress is not one that Wallis actually wore.
Wallis Simpson was a client of Elsa Schiaparelli and did wear a lot of her clothes in that particular period. 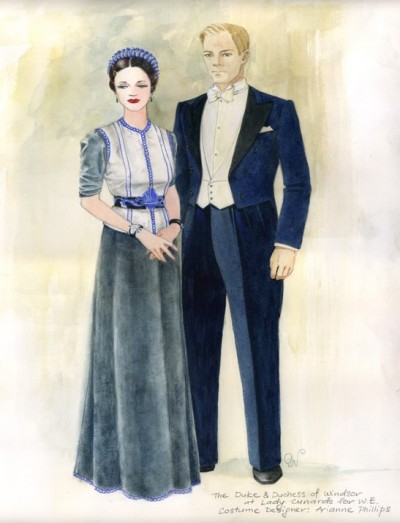 Wallis wore a lot of graphic patterns. I wanted this dress to feel as formal as it could for an outfit in the South of France, so I loved the idea of the striped pale blue and white. 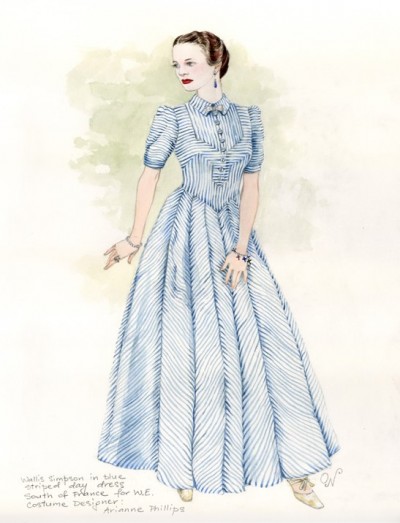 Read the rest of the article at VanityFair.com