The House of Givenchy is pleased to announce that Riccardo Tisci designed all costumes worn by Madonna during her half time performance at the Superbowl on February 5th, 2012 in Indianapolis.

Performing at the Superbowl for the first time, Madonna has chosen Givenchy Haute Couture by Riccardo Tisci for her unique performance.
Designed as part of the spectacle, all costumes were changed on stage, from an all over hand-embroidered gold cape that served as the performance’s opener, to the unveiling of a black mini dress worn with its hand-studded belt and an embellished black coat that completed the three costumes set: Madonna’s legendary music met Riccardo Tisci’s codes in what seemed to be the most perfect way.

Wearing Givenchy Haute Couture by Riccardo Tisci, Madonna performed a 12 minutes set including some of her greatest hits (“Vogue”, “Music”, “Express yourself”) and her brand new single (“Give me all your luvin'” featuring Nicki Minaj and M.I.A.) for the first time.

Have a look at the sketches by Riccardo Tisci 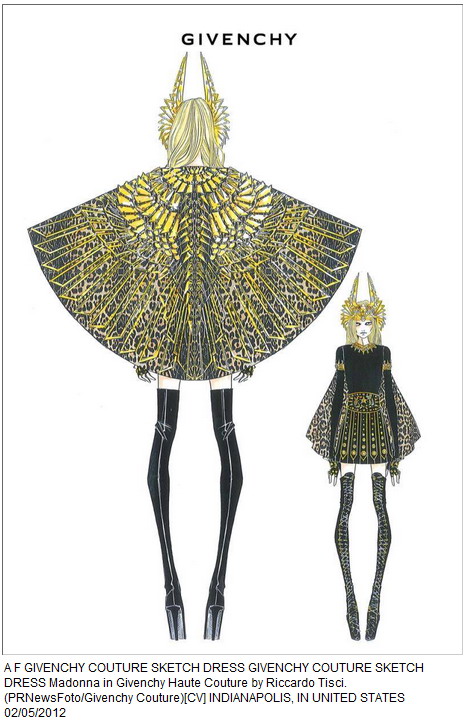 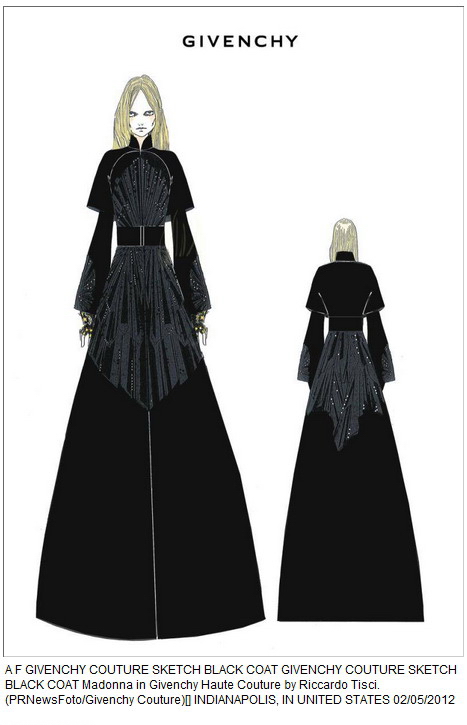