Your Love and support means the world to me and will give me wings to fly through the Super Bowl!! -Madonna 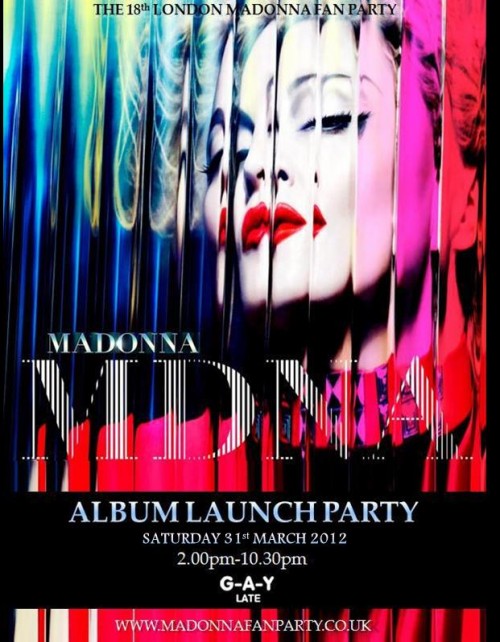 It’s an honor. Just to get on Madonna’s radar, and to hear that she requested this specific piece that has my name on the mouth – I was like ‘you’re kidding me.’ Major.

Exclusive W.E. screening in your town
Want to win an exclusive W.E. screening for your and your friends when the film comes to your city, then go to Madonna’s official Facebook page and participate to win! Click here!
Note: this contest is only open to legal residents of the 48 contiguous United States and the District of Columbia

Madonna sued for “Girls Gone Wild”?
Joe Francis, creator of the Girls Gone Wild franchise, in which he films drunk girls exposing themselves on spring break, sent a cease-and-desist letter to Madonna threatening to sue if she plays the song “Girls Gone Wild,” from her new album, during her halftime performance at the Super Bowl on Sunday, TMZ reported.
He became aware of the song in the last 24 hours after iTunes started accepting preorders and his laywer said Francis has a federal trademark for the phrase.

Francis’ lawyer said through his “research” he determined it was the “Girls Gone Wild” single.
A rep for Madonna told the New York Daily News that the pop star “won’t be singing that song at the Superbowl.”

David Furnish isn’t going to watch the Super Bowl halftime show
David Furnish, better known as Elton John’s husband, seems not to get over the fact that Madonna won a Golden Globe for “Best Song” with Masterpiece.

First he bashed Madonna to the New York Post, then went on his Facebook for another rambling and attacked William Orbit in the process, then it was Elton John who was a sore loser and made a snide remark to ABC.