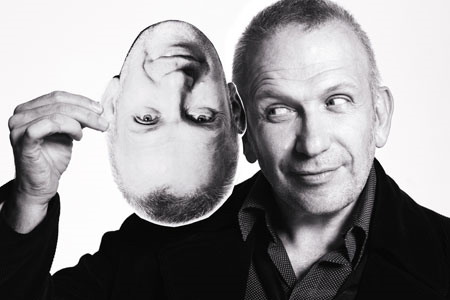 At the opening ceremony of his retrospective exhibit at the Montreal Museum of Fine Arts, designer Jean Paul Gaultier talked about the first time he saw Madonna…

“The first time I saw Madonna was on Top of the Pops.
She was singing ‘Holiday,’ and she had a fabulous look.
I actually thought that she was English because she was so stylish.
She was into the same things that I was doing at the time, like crosses, oversized jewelry, and fishnets.
The second time I saw her live was at the first MTV awards in New York at Radio City Music Hall.
It must have been 1984.
She sang ‘Like A Virgin’ in a wedding dress and was simulating ‘self contentment’ or ‘self satisfaction,’ to put it euphemistically.
The audience was mostly business people, who were horrified.
There were just a few young fans — and me, who absolutely loved it.
That is when I realized that she couldn’t care less what others thought of her, and I also saw how powerful she was.
I was a real fan of Madonna – I loved her music as well as her “personage”. I loved her being the director of her own appearance.
When I saw her first concert in Paris, I said to myself that she should have asked me to do the costumes.
I thought that I would have done them better. So, two years later, when my PR told me just before a prêt-a-porter show that I had to call Madonna, I thought that someone was playing a joke on me. But three days later, I asked if it was true and, to check, I called the number I was given. And it was her in person. She answered, “Hi, Gaultier.”
Blond Ambition tour was a real collaboration, friendship, and complicity.
She was frightened of nothing, and our vision was in complete harmony and symbiosis.” 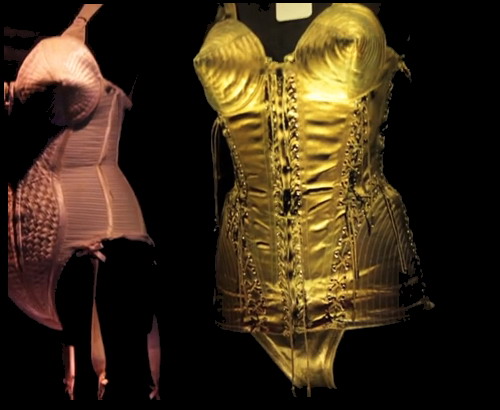