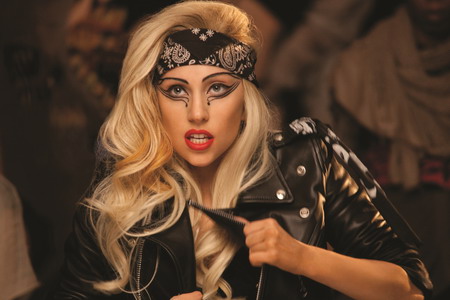 Lady Gaga says she doesn’t get annoyed by people comparing her to Madonna.
The 25-year-old pop princess has admitted being inspired by the Queen of Pop in the past and many people have compared their styles of music.
Speaking to Stephen Fry for the Financial Times, she said…

“In fact, you know, it does not annoy me at all.
Do you know what does annoy me?
When journalists try to make it look like it annoys me.
Because I genuinely love her so much.
I think she is so amazing.
She could never be replicated and, yes, I’m Italian, I’m from New York, and not for nothing, it’s not my fault that I kind of look like her, right?
So, look, if anything it’s more annoying to me that people would insinuate that I don’t like to be compared to her.”