Debbie Harry: I could have been Madonna 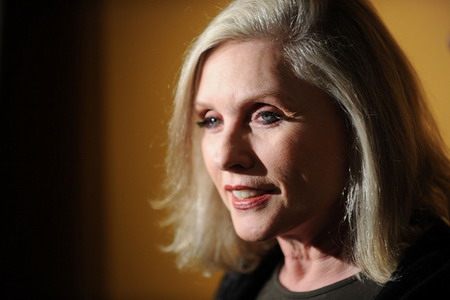 Blondie frontwoman, Debbie Harry is often cited as a precursor for today’s major music icons including Rihanna and Lady Gaga. Despite her legendary status as a musician, the 65-year-old star says in an interview with Q magazine, she would have been able to achieve the same levels of fame as Madonna if she had put more thought into her long-term plan. Debbie thinks the Queen of Pop is clearly more driven than her, an idea which was compounded when they met…

“Did I ever meet her? Yes.
I worked with Mary Lambert [film-maker who directed Madonna’s Like A Virgin and Material Girl videos] on my hit I Want That Man video.
She took me to Madonna’s birthday party.
But we are from totally different ways of thinking
She is so totally career-orientated and showbiz-minded.
I missed the boat on that one.
If I had thought more I would probably have been Madonna before she was.
She had some really great songs. She’s a great performer and a great dancer.
Anyone who has that determination and drive, you have to give them credit.
But she wasn’t my favourite.”