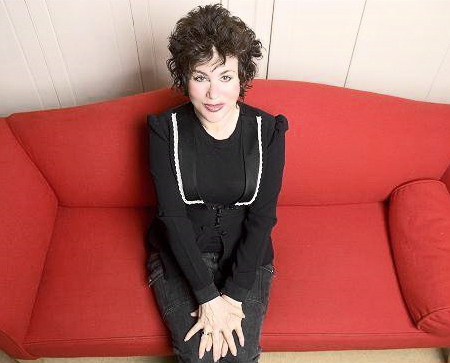 American comedienne Ruby Wax gave an inteview to the 2011 March issue of Attitude, UK’s best-selling gay magazine.
Her 1994 interview with Madonna came up in the conversation…

Attitude: When you were doing Ruby Wax Meets… you were fearless, even when interviewing Madonna.
Ruby Wax: I was scared in that situation. I was nervous because she had her entourage all around her. I couldn’t do an interview with 25 people staring at me, but instead of saying stop, I went on. It wasn’t a great interview.

Attitude: Why do you say that?
Ruby Wax: I don’t have 25 people standing around a bed when I’m interviewing, and she does have that entourage. I had 25 people listening but I just kept going. Otherwise, I would have said it just wasn’t working. I thought maybe she’d [Madonna] walk out ’cause she’s been prickly. She was prickly then.

Attitude: Do you think she liked you?
Ruby Wax: No, she didn’t at all. I could have made her like me but I didn’t in that one, by accident. I asked stupid questions — I was nervous.”

Attitude: Do you care whether or not people like you?
Ruby Wax: I usually do. I like to get their phone number when I’m done with certain people, and I usually did, but I knew she didn’t like me. That’s what made it not a great interview. Usually when they like me, they do anything.

Many Thanks to Boy Culture