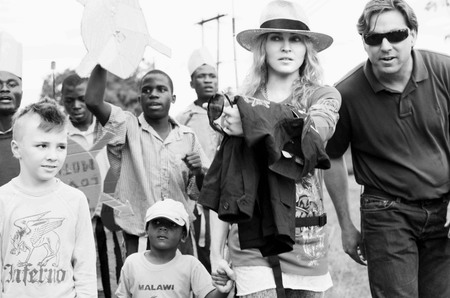 These recent days, bloggers and tabloids are spreading rumours about Madonna’s so-called Malawi Disaster and the Raising Malawi organization being investigated by the FBI.
Liz Rosenberg decided to address the rumour with the following statement…

“In recent days a number of wild and totally false rumors about Madonna’s philanthropy–spread by bloggers and tabloids–have begun appearing on the internet.
As we have said previously, Raising Malawi is currently undergoing a series of positive changes in an effort to serve more children.
Neither Madonna nor Raising Malawi is being investigated by the FBI or the IRS.
It is unfortunate that people have chosen to say things about Raising Malawi and Madonna that are not true.
Madonna remains committed and focused on what matters helping the children of Malawi.”