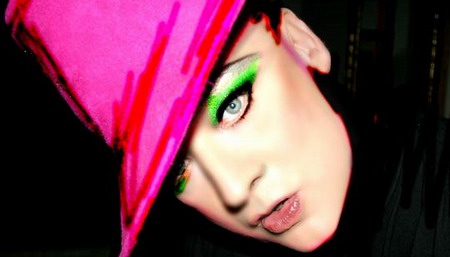 Website After Elton recently caught up with Boy George to discuss among other things his new album, the Culture Club reunion, Lady Gaga and Madonna…

After Elton: Do you think that your solo material hasn’t been as commercially successful in the U.S. as your Culture Club material because by the late 80’s it was common knowledge that you were gay and a drug user?
Boy George: I really don’t know. I can’t answer that question. When you’re on the ladder, if you fall off, it’s hard to get back on it. My hardcore audience has always been there for me. Very few people maintain that. I don’t know if I’ve ever had the passion about my career. It’s not as important to me to go jogging and fight tooth and nail to have a career. I’ve always worked, but you can’t always be what you were. But I’ve been there and it’s overrated.
I like where I am now, but I do not have Madonna’s tenacity when it comes to my career — to have fought tooth and nail to be uber professional. That’s the difference; I’ve never been uber professional. I do value my career, but a different type of career. I appreciate it in a way I never have before. It’s not about being successful, but success means different things to different people. For some, success is where everyone knows your name, but for me it’s the personal success that’s more important — to be focused and healthy and appreciate things in a different way now.

After Elton: It’s great to hear you compliment Madonna, because there was a period of time when you were pretty critical of her (along with Elton John) in the press, saying that she’s despicable and a traitor to her gay fans for subscribing to a homophobic religion.
Boy George: I do shudder when I read some of the things I’ve said, like ‘What were you thinking?’ So now I don’t talk unless I have something interesting to say. But I think it was more a reflection of how I felt about myself and so it would come out as a projection. I had no right to do it. It was quite beneath me. I really don’t look back on it with pride. When I say funny things, I stand by them, but I’d never say anything like that again.

After Elton: Speaking of Madonna, did you ever notice that Madonna’s 1992 “This Used to Be My Playground” video is stylistically almost identical to your late 80’s “To Be Reborn” video? And speaking of imitation, where do you weigh in on the criticism that Lady Gaga’s “Born This Way” rips off Madonna’s “Express Yourself”?
Boy George: My video was directed by [fashion photographer and music video director] John-Baptiste Mondino, but Madonna’s was the one people remember. When it came out, I called it “This Used To Be My Video.” Lady Gaga is very Madonna; she loves her and has never denied it. If you’re Lady Gaga, then Madonna is an important reference — and she’s talked about me as well. She’s never shied away from it and would love to be on the same level. There’s a legitimate reference point, but I’ve heard people’s melodies in other people’s songs for years.