Lady Gaga makes another attempt to justify the unjustifiable 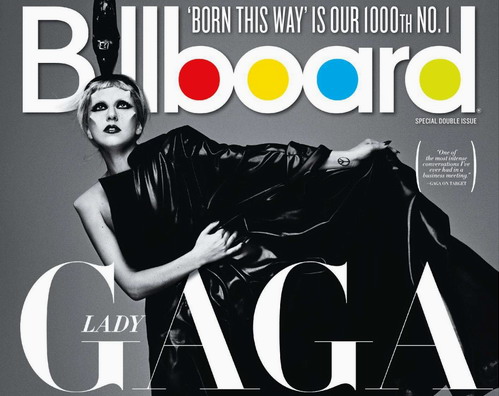 She admitted the facts, she lied on TV, and now Lady Gaga comes with a new strategy. Billboard sat down with her while she tries to explain the conscious decision to make her single sound like Madonna’s Express Yourself and… a bunch of other singers !

“I think what people are hearing, to be precise, is the spirit of the early ’90s. It’s not just Madonna, it’s Whitney Houston, it’s En Vogue, it’s TLC. It was a ’90s-dance-early-gospel-fusion-with-pop-music, and that’s precisely what I intended for it to sound like.”

Meaning it’s not a rip off, it’s not even a homage to Madonna… only a tribute to the spirit of the early ’90s.
In Gaga, we still see someone trying to be Madonna in everything she does with a total lack of authenticity.

Lady Gaga is overprotected by the American press, because she’s posing as an advocate for the gay community, to the point where it’s almost unthinkable to even dare say something negative about her. However, by putting the “queen” label on all the gays, she reduces a whole diverse population to inacceptable stereotypes.

Madonna’s support of the gay community during the 80’s and 90’s, was heavily criticized by the press. In times when AIDS was mostly affecting homosexual males, it was pretty risky to openly admit that ‘seeing two guys kiss is sexy’.
Today, supporting the gay community is almost a new trend and Lady Gaga is making excellent use of it to promote her career. Just look at how Billboard describes “Born this Way” as the most pro-LGBT kind of track…
Lady Gaga’s pop music is even portrayed as pure art, even though Madonna, her source of inspiration, is still being bashed by the press all over the world…
We’re kind of getting tired by seeing Lady Gaga “borrowing” a whole heritage and claiming it as her own, without any repercussions.

Like Michael Jackson said, borrowing a Herman Melville quote, in 1984…

“It is better to fail in originality, than to succeed in imitation… period.”