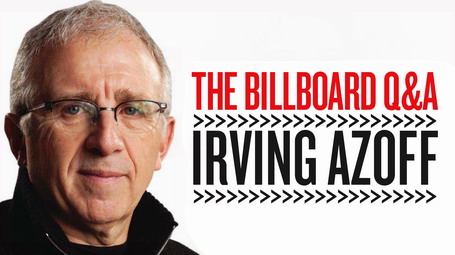 Will Irving Azoff and his Live Nation team harness the power of ticketing, promotion, venues, merchandise, sponsorships and the internet – and reinvent and imploding music business?

Billboard: Live Nation’s long-term multi-rights deals all seem to be going very well. Will there be any more of those coming?
Irving Azoff: No, we’re not going to do multi-rights deals. But look at what’s going on with our partners at Roc Nation and the kind of year that Jay-Z had. Shakira’s touring has been really well-planned and incredibly successful this past year. And they tell me Madonna is about to record so there could be another Madonna cycle coming.

Billboard: Would a Madonna album be through you guys?
Irving Azoff: Yes.

Billboard: So you plan on issuing recorded content?
Irving Azoff: Live Nation, prior to the merger entered into some of these all-rights deals, so there are certain artists, Madonna being one of them, [for whom there] is a recorded music strategy. Once she gets the album recorded, we’ll sit down with her and her manager, Guy Oseary, and figure out what’s best for the record. It has to start with the music.