IMGlobal Denies W.E. to Be Screened at Cannes 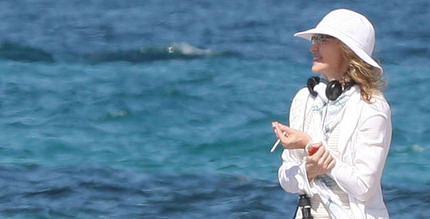 We were cautious at Madonnarama, when we mentioned Madonna, W.E., Cannes and its festival. We presented it as a rumour and we were right to do so…

Today, a rep for IMGlobal says a French report claiming the film would appear at the festival is false.

Madonna’s feature film W.E. will not be screening as part of the Festival de Cannes in May, according to IMGlobal, the sales agent that is handling the film.

While the French newspaper Le Parisien/Aujourd’hui said on Thursday that the film would appear at the festival, the Madonna-directed movie, which is currently in post-production, it is not expected to be completed in time for Cannes and is instead aiming for a bow on the fall film circuit.

Madonna is expected to visit Berlin next month to host a private screening of select footage for foreign distributors attending the European Film Market.

The official selection of films that will appear at Cannes won’t be announced by artistic director Thierry Fremaux until April.