Christopher Ciccone Talks Trash while doing his own promotion 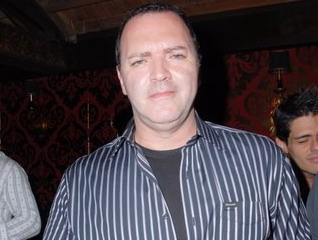 Madonna’s brother, Christopher Ciccone, has decided that he still wants to reunite with his sister… or maybe he’s only using Madonna’s fame to get media attention again!

“The only contact I have had with my Madonna is via e-mail when I try to keep her updated about our family, but often she does not respond, and if she does it is through somebody else. It could take my grandmother’s passing for us to meet again, but one way or another I know it will happen. I’m praying that my grandmother makes it to 100, but I know she is frail now… she is a remarkable person who raised my brothers and sisters and is very important to our family. Look, I no longer get invited to all the same parties, and there are certain agents in Hollywood that won’t touch me, but I have no regrets and don’t really care about that stuff anyway. After I wrote Life With My Sister Madonna, the famous late Hollywood agent Ed Limato told me ‘I understand you now’ while I also think it has given my family a better understanding of me too. I’m not totally black-listed, and there are still plenty of people who will work with me still though. I’ve just formed The Ciccone Factory and I’m mentoring a number of exciting new artists including Erika Anderson and Ashe Wednesday. I’m energized again and just like ‘a gay Simon Cowell’ I intend to mentor these performers and use what I learned working with my sister to help get their careers established. I also have an erotic photography book coming-out in the summer called Fucking Polaroids which I’m looking forward to promoting. Life has come full circle for me now and I certainly don’t have any regrets about writing my book – it help me with my own identity and to truly understand the relationship I had with my sister Madonna too.”

A few days ago he also had some mean spirited things to say about Madonna, her younger boyfriends and Lady Gaga…

“I guess if she continues to date all these much younger guys, it could start to look creepy, but I think that a lot of Madonna’s emotional needs are met by taking care of her children; these boyfriends must really be like a kind of distraction for her. She certainly isn’t following societal values, but then again my sister never has and probably never will either.
Lola has turned-out really well, and I’m sure her mother is very proud of her. Hopefully in time I can have the same relationship with Madonna’s children as I do with my other sister Melanie’s kids.
I can see a lot of my sister’s influence in what Lady Gaga is doing today. It’s like ‘Madonna on speed’ actually.
I think Lady Gaga is a great writer, singer and performance artist, but sometimes she goes too far with her costumes and persona and it must be hard for her fans to identify with that.
Madonna was a genius at changing her image into something that her fans could identify with and replicate if they wanted, and that’s something I’m trying to teach my own acts as I try to mentor their music careers.”