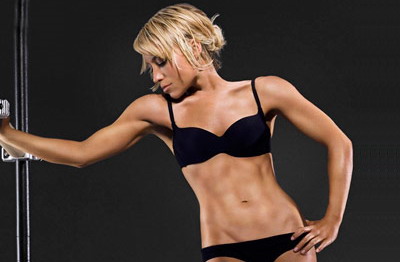 Tracy Anderson is in the process of rolling out her own international gym chains in association with Gwyneth Paltrow and the head of Madonna’s Raising Malawi charity, Philippe van den Bossche .
At 35, she already has three North American studios. Next step is London.
Anderson gave an interview to This is London and when she got down to the question of Madonna’s Hard Candy centers, here’s what she had to say…

“Expanding all over really fast is to me a bit unethical.
Gwyneth and I are really taking our time on doing it right so that each place has integrity.
It’s like… I pride myself on inventing some new things.
She is the queen of reinvention. I spent three years teaching her…
I have shallow feelings for anyone who is not an expert in the field doing something on the back of their celebrity.”