Madonna to become nightclub owner?… Liz says no!
According to English newspaper, Telegraph, Madonna has held talks with the Malaysian tycoon Tony Fernandes about investing in his Aura Mayfair nightclubs.
The rumour is already all over the net, while Liz Rosenberg denies it:
“A rep for Madonna tells Gossip Cop that stories about the singer buying into the club business are totally untrue.”

SPIN Magazine 25th Anniversary Readers Poll
SPIN Magazine just celebrated its 25th anniversary by doing a readers poll.
Madonna is up there right where she should be…

Madonna, 52, has a new toyboy lover, 24-year old French backup dancer Brahim Zaibat, and her dad Tony Ciccone is not happy about it at all! In fact, he’s announced that “enough is enough” and has told her Brahim is not welcome in his house, according to sources.
Madonna has had differences with her dad for many hears. The time for him to be critical of her male friends was when she was 12, not now. And if Madonna were a 52-year-old man with a 20-something girlfriend, it’s doubtful that anyone would be saying “enough is enough.” Madonna is known to be a loving mother and this fling is hardly the most outrageous thing she’s done in her life. I think her dad is overreacting and needs to back off. At this stage, Madonna’s new beau is not an embarrassment, he’s just her latest fun project.

“Nothing has changed…
I’ve always been able to tell apart the woman from the myth. It’s more like it since we’ve met. I was not dumbfounded, staring at her and stuck for words.
Of course I have admired her, but not really changed my way of acting. I can see her as my girlfriend, without the label of star. She is a person like any other.
At the beginning of the relationship, there was too much attention focused on me, people treating me differently…
That freaks you out and wakes up a self- centered side in us. I have had moments when looking in the mirror and seeing myself as ‘the hot stuff’.
Now I’ve built my new family in Manhattan and all of us get along quite well.”

“I find this woman fascinating.
Not just musically…. I’d like to get to know Madonna a whole lot better.”

Tracy Anderson Release Workout DVD
Tracy Anderson who is a famous workout and fitness trainer, who is mostly famed as the fitness guru of Madonna, has just released her workout DVD titled “The Tracy Anderson Method Presents: Mat Workout DVD”. According to her website, the new DVD is loaded with her amazing fitness advice, focused on sculpting and definition of body, which is based on 11 years of research.

Once Again Piers Morgan says he’s irritated by Madonna
On Thursday, Piers Morgan revealed that the first guest that will sit down for an interview on his new CNN show, Piers Morgan Tonight, will be Oprah Winfrey.
He also mentioned Madonna once again…

“She’s kind of been an irritant in my life for 20 years, so I’ve banned her from the show.
It’s probably quite childish. Make the apology on CNN. Other than that, it’s a lifetime ban.
Lady Gaga’s half her age, twice as good looking, twice as talented and twice as hot, so why would I bother with Madonna.”

Morgan is apparently still peeved at Madonna for all the legal mumbo jumbo “her people” took him through during his stint as editor of Britain’s notorious News of the World tabloid.

Sui was there with Madonna when she wore a sheer black babydoll at the Gaultier show, linked by mutual friend and top photographer Steven Meisel.
“She came out with a coat on, and I couldn’t wait to see what she was wearing. I thought it would be some outrageous outfit, and then she said, ‘Anna, I have a surprise for you.'”
Madonna also wore Sui when she was photographed by Meisel in 1992 for Vogue. 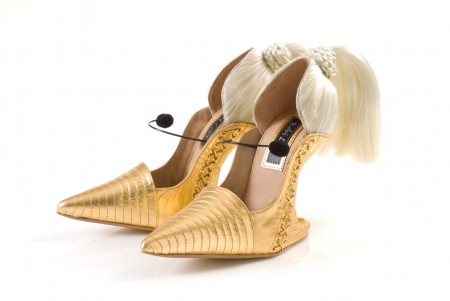 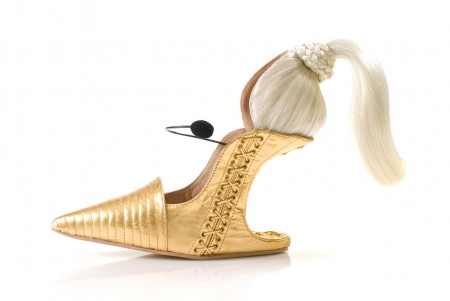 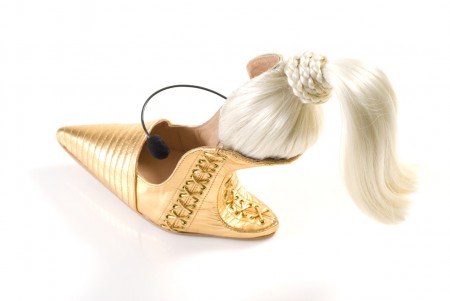 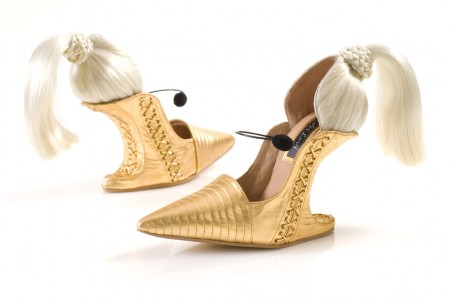 a Mini-Madonna in Toddlers & Tiaras
The last episode of “Toddlers & Tiaras,” airing on US channel TLC, included a Madonna reference, when Mia, 2, transformed from an angel – to a mini-Madonna!
Joel McHale made a delightful totally inapropriate comment during “The Soup” saying…
“She was going to dance to “Like a Virgin” but no believed the “Virgin” part.
I can’t believe I made that joke.”

The 250 best albums of Q’s lifetime
Q Magazine listed The 250 best albums of Q’s lifetime (1986-2011) and we must admit this chart is a total mess.
Only 2 Madonna albums in it (at #175 and #214), while Lady Gaga’s first effort, The Fame is charted at #40, surpassing the likes of Madonna or George Michael’s whole career, but also most of Prince’s or Michael Jackson music and many many more…

214: Like a Prayer
Madonna at her most Earth-conquering and musically fearless.

In a storied career as am music journalist, I’ve played darts with Cher, carried Bono’s ghetto-blaster, and asked the tiny one out of Kasabian to “run along – can’t you see I’m trying to talk to Kasabian?” But does anyone want to hear this stuff? Do they fuck? They want to know about the Christmas pudding I gave Madonna.
It was Christmas 1997. I was interviewing Madonna for Q, as she unveiled Ray of Light, and I’d noted a Times interview where the writer was advised to take her a present. This had struck me as shockingly craven, ingratiating and… not a bad idea at all.
Madonna, then 39, was deep in a touchy-fely phase shaped by 14 months of motherhood, emotional stocktaking and mix’n’match religion, but she was as she always is, a tough nut. So I can only assume it was my gift of a Harrods’ Christmas pud that spared me a karate chop when, our interview still in the sparring stage, I described Carlos Leon (daughter Lourdes’s bio-dad) as an alleged “spunk donor”. A week after Christmas, Madonna rang me at home to clarify one or two points. Match Of The Day was on, and my missus answered the phone. “It’s that Madonna for you,” she announced. As the fame-fuelled madness of her life was further reviewed, Madonna sighed: “I guess I won. But it’s not terribly much fun, being a rebel or a pioneer.” At the mention of the pudding, however, she brightened. “It was delicious,” she purred.
And – I reflect as I dine out on it for the trillionth time – worth every penny.

Vote for the Queen of Pop…
German-Franco culture TV channel ARTE requests fans to vote for the ultimate Queen of Pop!
Madonna can only be found in the 80’s.
At the end of the vote the channel will show 10 documentaries of 10 winners – and then they will have a big show at the end where you can vote for the ulimate winner.
Visit queensofpop.arte.tv to vote for Madonna (in the 1980’s).
Thanks to Didier & Andreas

Vote For The Next Material Girl
Madonna.com recently posted the following statement…
The “Material Girl” brand is looking for the hottest girl on the scene, “someone who makes her own fashion statement – trendy, but cool, young and hip”, the one who should be the face of their upcoming collection. Do you know who it should be?
Go here to vote!