Isabella Rossellini: Madonna’s Sex Book “bothered the hell out of me” 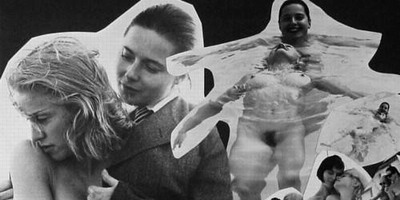 Isabella Rossellini recently gave an interview to US gay magazine Out.
She explained why, almost 20 years after being shot for Madonna’s Sex, she really didn’t like the book…

Out: I’d be a failure as a gay man if I didn’t ask you about Madonna’s Sex book. It’s been almost 20 years since you were shot for it — looking back, what do you think of the book now?
Isabella Rossellini: I was working a lot with the photographer Steven Meisel. I didn’t know Madonna and Madonna had approached Steven to do a book about sex. And of course, sex is very interesting. Even me, when I’m making my own little films, I address how animals have sex. It’s very interesting, sex. And Steven was tempted — instead of doing a book about all his photos he did for Vogue and all the past photos as a résumé of his life — to do something challenging. So I thought he had a point. Sex is interesting. But I don’t think the book worked, even though the photos were extraordinary and some of them quite memorable. I think there was a little bit of a moralistic sort of “I’ll teach you how to be free!” and that bothered the hell out of me. Because I think if you want to practice abstinence and that makes you happy, you are OK. If you want to be gay, that’s OK. If you want to screw anything that moves, that’s OK. It’s funny to use the word moralistic for that book because people probably don’t put those together, but it was a little bit of “I know better!” and didn’t like that.