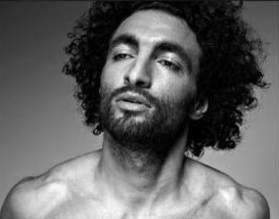 Madonna’s romance rumors with Brahim Rachiki was first run by New York Post’s gossip column Page Six. Then X17 Online published a report saying that all the other website had it all wrong and that Madonna was dating b-boy dancer, Brahim Zaibat.

Now, Belgian choreographer Brahim Rachiki firmly denied the rumours about Madonna and him having any kind of relationship.

“A friend called me last sunday and he told me about the rumour being all over the internet. We looked it up and we first laughed about it. But now some of my friends and family are shocked. I’ve met Madonna for a couple of weeks back in 2008 and we never spoke again since then.”

Also, Madonna’s publicist has dismissed reports she is dating Rachiki or her dancer, Brahim Zaibat.
On Tuesday, Madonna’s rep has told Gossip Cop rumors of a new romance are “not true”.