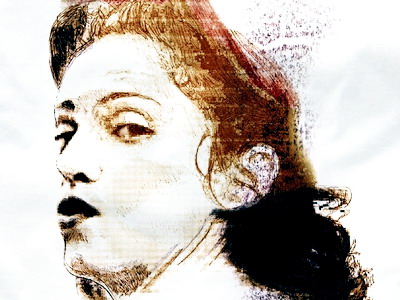 Judging by the following letter, Madonna wasn’t exactly thrilled when filming A League of Their Own back in 1991. Writing to friend and photographer Steven Meisel – the man with whom Madonna later worked on Sex, the highly controversial book also mentioned in closing – the frustrated entertainer bemoans the lack of “beautiful men” in the city of Chicago, makes known her apparent hatred of all actresses, and calls Geena Davis a “Barbie doll”. 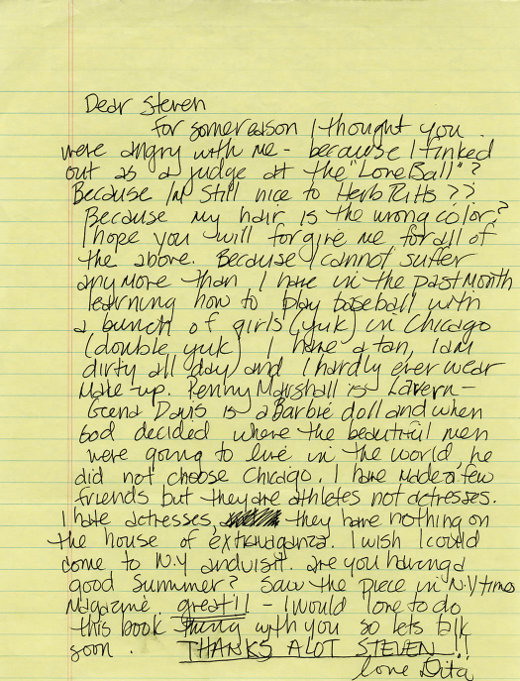 For some reason I thought you were angry with me – because I finked out as a judge at the “Lone Ball”? Because I’m still nice to Herb Ritts?? Because my hair is the wrong color? I hope you will forgive me for all of the above. Because I cannot suffer any more than I have in the past month learning how to play baseball with a bunch of girls (yuk) in Chicago (double yuk) I have a tan, I am dirty all day and I hardly ever wear make-up. Penny Marshall is Lavern – Geena Davis is a Barbie doll and when God decided where the beautiful men were going to live in the world, he did not choose Chicago. I have made a few friends but they are athletes, not actresses. I hate actresses, they have nothing on the house of extravaganza. I wish I could come to N.Y and visit. Are you having a good Summer? Saw the piece in the N.Y Times Magazine. Great!! – I would love to do this book thing with you so lets talk soon.