Jane Lynch: Vogue was a highlight in my life 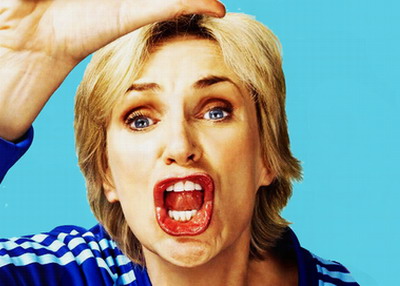 Glee star Jane Lynch has revealed that her performance of Madonna’s song Vogue was an experience she will never forget.
Lynch recorded the track and recreated its iconic video for the Madonna-themed episode in the show’s first season.
She told Irish TV channel RTÉ Ten…

“Making that Madonna video was such a labour of love and probably a highlight in my life that I’ll always look back on.
I know it was Ryan Murphy’s dream come true to make that and everyone worked so hard on the video – we had more production meetings for that particular number than anything else in Glee.
We started working on it last December, all through Christmas and didn’t shoot it until March. It took me every day to get those dance moves right.
I understand that she released a statement saying she was very happy with the whole episode and so she should be, it was homage to her.”