All of Washington D.C. is vogue-ing today instead of debating. It’s not because of the President’s award winning smile or because of the first lady’s workout program. It’s because the first lady of pop is performing there tonight. Madonna’s eighth world tour has been just as successful as the last seven and is embarking on being her largest grossing tour yet.

The MDNA tour is only in the U.S. for a couple more months, so if you want a chance to see the material girl perform, then buying those tickets now instead of later is probably what your blond ambition should be. As of now, there are plenty of upcoming shows available that you can get in to for less than $50, and some, like tonight in DC, for as little as $34. On the other hand, tickets for some shows, like her two stops at the MGM Grand in Vegas, are starting at right around $300 per seat. 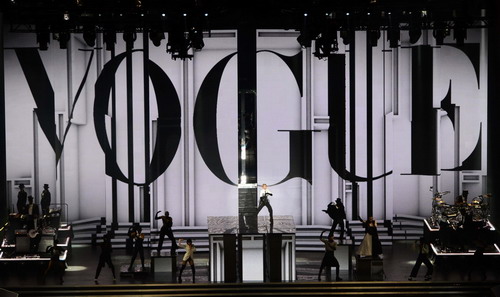 Yes, there is still the option to travel to South America to watch her if you are hoping to spend your holidays in the sunshine instead of next to a crackling fire, but I can’t promise you that Santa will know where to find you. (But when it comes to Madonna, you never know… Santa may be spending the holiday with her.)

Madonna has been gracing the stage in amazing costumes as usual, ranging from Joan of Arc to a baton twirling majorette. Highlights of the show include a striptease on a stage full of mirrors while she sings Human Nature. Even with all of the glitz, glamour and controversy that come along with a typical Madonna show, one thing remains. This 54 year old mother of four, (yes she actually gave birth) still has a rockin’ body and a stellar vocal range that is sometimes overshadowed by her risqué style and politically incorrect lyrics. One of the most talked about performances on the MDNA tour is Madonna’s acoustic rendition of Like a Virgin, which is accompanied by a lovely waltz, reinforcing the idea that her lyrics are actually near and dear to her heart.

This is definitely a once in a lifetime show. A must see, whether you are a lifetime fan who wants to be able to say that you’ve seen every tour or a mother who wants to teach her kids what ‘real music’ is, this tour is one that you won’t have the opportunity to witness again. Regrets won’t bring back the opportunity! Most venues have less than 1000 tickets remaining so now is the time to jump on board the 2012 MDNA Tour.

If you want to see the Marterial Girl in person, click here to buy Madonna Tickets. Before you buy, check out the chart below for low and average ticket prices for all of Madonna’s remaining tour dates.