Lily Allen Doesn’t Want to End up Like Madonna 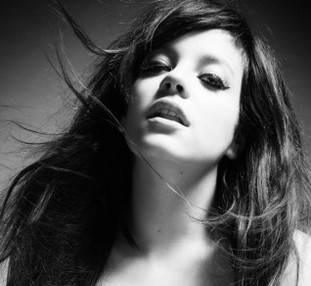 In the spotlight of a new Channel 4 documentary, Lily Allen has admitted she was suffering from an eating disorder at the height of her pop star fame.
She took the occasion to compare her boulimia with Madonna’s lifestyle, calling her “mental” in the process…
In a scene filmed last year, she says…

“There was a point last summer where I had an eating disorder, I used to vomit after meals.
It is not something I am proud of. But I tell you what, a lot of people used to come up to me and tell me how great I looked. And I was on the cover of every magazine with them saying, ‘Lily is looking amazing – look how much weight she has lost’. I thought I looked good.
People who are famous and successful and live in this mad world tend to die really early, or kill themselves, or die in a drugs overdose. I’d rather not so I figure I will go and eat.
My idea of hell would be doing this in 25 years’ time. I don’t want to be like Madonna – look at her, she’s mental.
No offence but that is not what drives me. I want to get married and have kids and make sandwiches cutting the crusts off.”